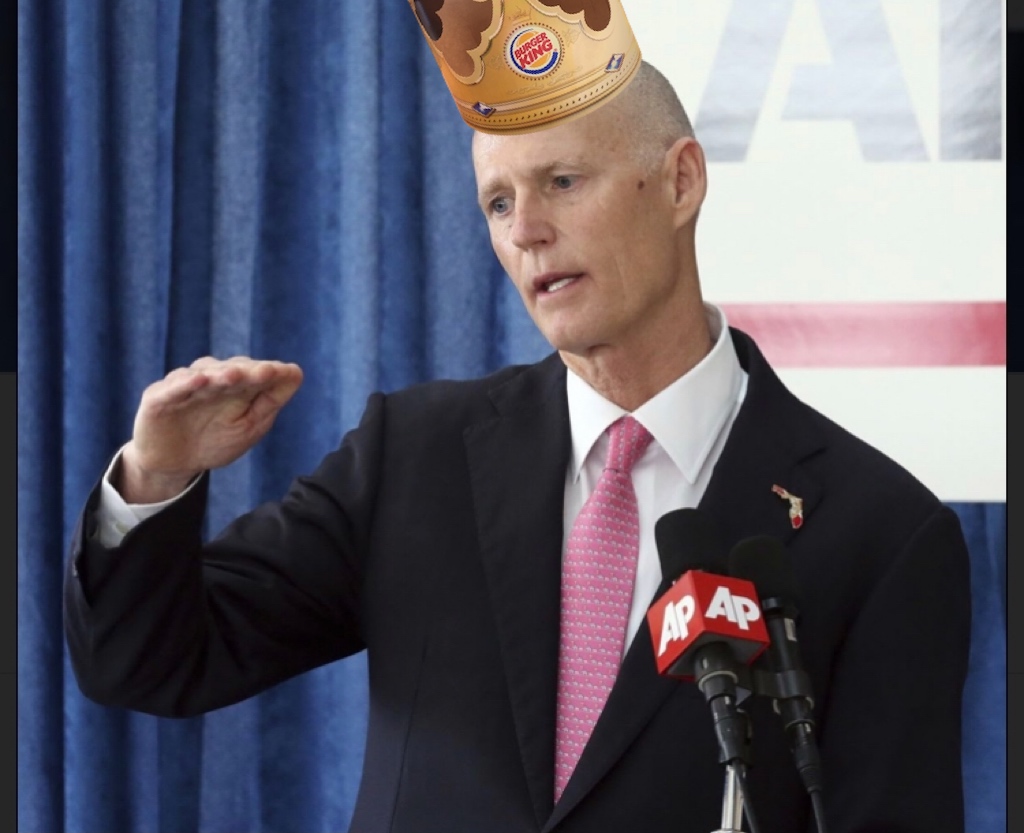 There’s never been any questions about Florida Senator Rick Scott’s unbridled lust for power and it’s obvious he’s now preparing to make his attempt at attaining the most powerful position of leadership in America.

He went on to explain, “I want the position that will require people to universally adore and celebrate me or risk penalty of death. Like a king or a pope.” His eyes brightened and he exclaimed excitedly, “I want to be King Pope of America!”

I told him that America doesn’t have a king, and that the Pope is the leader of the Catholic Church, to which he replied, “Don’t give me that; I know for a fact we had a Prince. I accidentally bought one of his records once.”

When I detailed how America is a federal constitutional republic, in which the President of the United States is appointed from the results of a general election, and that the President, Congress and the judiciary branch share governing powers on the national level. Meanwhile a king is the male ruler of an independent state, who inherits the position by right of birth. He responded to this information that he was apparently encountering for the very first time by making a raspberry noise.

“Look, all I know is I need a legacy”, he said. “The $300 million I stole in the largest Medicare fraud in history? Sure, that’s great but most of that money is gone. I need something like a statue in my honor, the kind of monument that can never be taken down by a bunch of rowdies.”

He gazed out the window at a swimming pool that probably cost $50 million on its own and said, “I need The Big One, whatever the name of that is. More than anything I’ve ever wanted, I want someone to give me The Big One.”