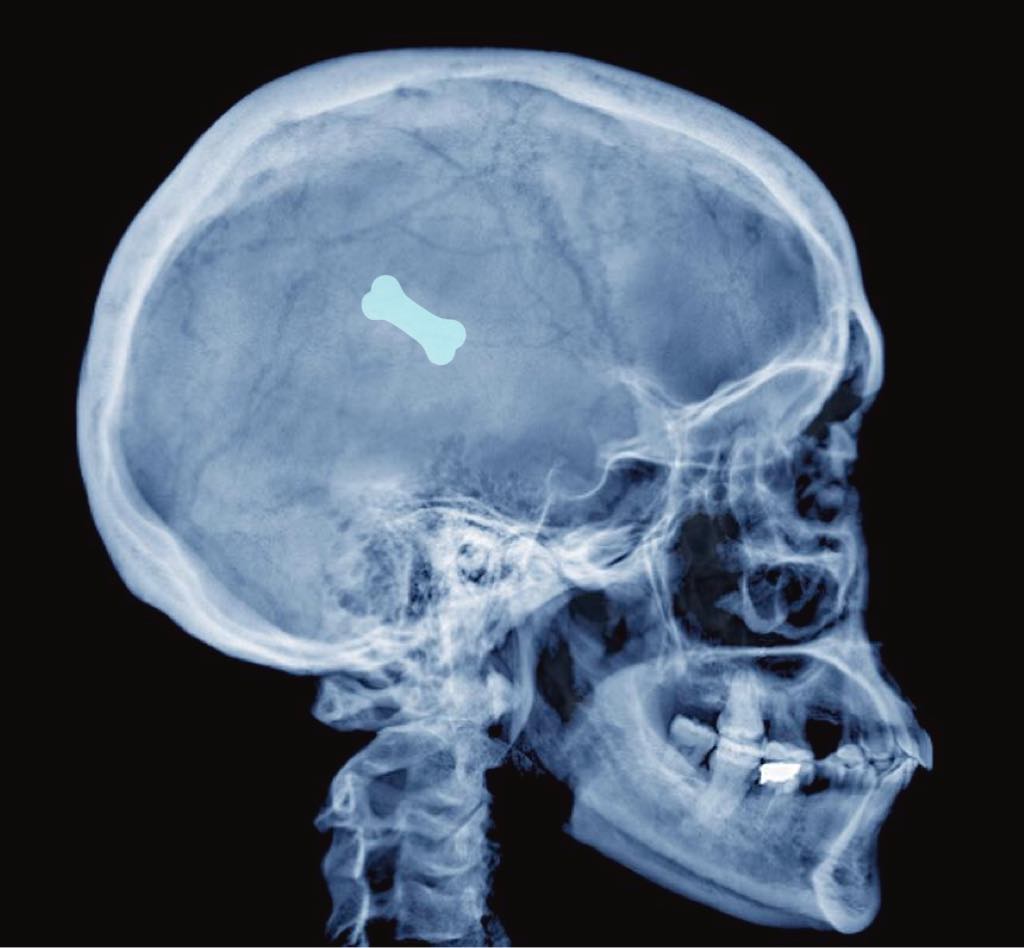 A scientist at the University of South Florida has determined that in spite of years and years of claims to the contrary, white people actually do have a racist bone in their bodies.

“The as-yet unnamed newly discovered bone, joining the 206 previously known, can be found in the skull but is not part of it”, said USF’s Dr. Corey Diller, who just happens to be African-American but is One of the Good Ones. “You could say it’s separate-but-equal.”

“It’s located deep within the brain and influences things like white people’s desire to touch black women’s hair or style their own hair into Bantu knots”, he added. “It’s usually very small and its impact is easily managed. It is typically manifested in situations where a white person laughs way too hard when someone says, ‘wha’ ha’ happened was…’ or imitates a rapper by going, ‘yo, yo, yo’ while making crazy arm gestures or claims ‘I don’t have a racist bone in my body’, ala Jon Gruden.”

“A slightly larger bone might lead someone to say something like ‘shut up and dribble’ or ‘slavery ended soooo long ago'”, he said. “And incrementally larger bones result in proportionately more problematic racist behavior. By comparison, those with smaller bones may never act out inappropriately, aside from maybe shouting “Kobe!” when they throw something at a trash can. Basically, the bigger the bonehead… well, you get the idea.”

“This is fantastic news! This means the way I act is completely natural and not at all my fault!”, said Randy Crandall, an avowed racist from Seffner, who yelled, “HEY, TURN THAT SHIT OFF!!”, with a relieved smile on his face as he waved at his next door neighbor who was playing “Way 2 Sexy” by Drake with Future and Young Thug on his car stereo.

Upon being informed of the discovery, Florida Governor Ron DeSantis said, “When it comes to brain stuff, I don’t know which is worse, CTE or CRT. This seems like both and I don’t like it.”