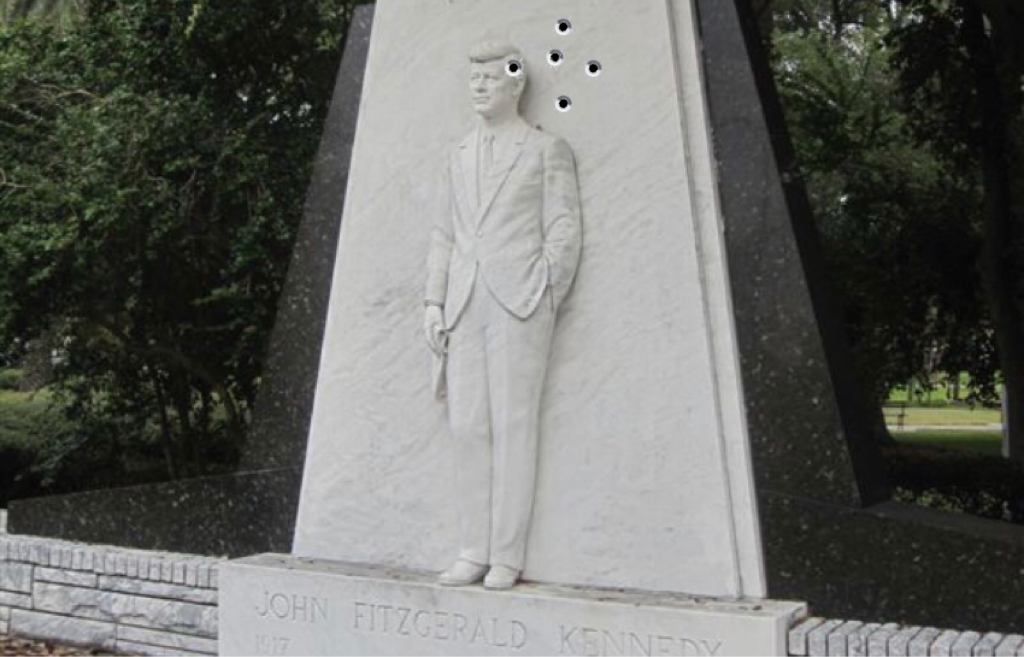 A stray bulled grazed the head of the John F. Kennedy memorial statue in front of the University of Tampa Monday morning, authorities claimed. The statue suffered minor damage and the bullet mark should be able to get buffed out at a later date, after an official investigation has taken place.

“It might have been some youths on E-scooters.” Said police chief Riggem Daniels.

This incident is another gun-related issue, in a string of projectile-based crimes, including a water taxi getting struck by a rocket propelled grenade.

Authorities are telling citizens to be on the lookout for any abnormal behavior from teens in their neighborhoods.

“We don’t even look for adults. They’re much more likely to give us problems when we interrogate them so it’s much easier for us to mentally dominate and intimidate children.”

A reward of 3 free donuts from Krispy Kreme (when the hot now sign is off) is being offered to anyone who comes forward with information regarding who may be responsibly for the Kennedy memorial statue shooting.