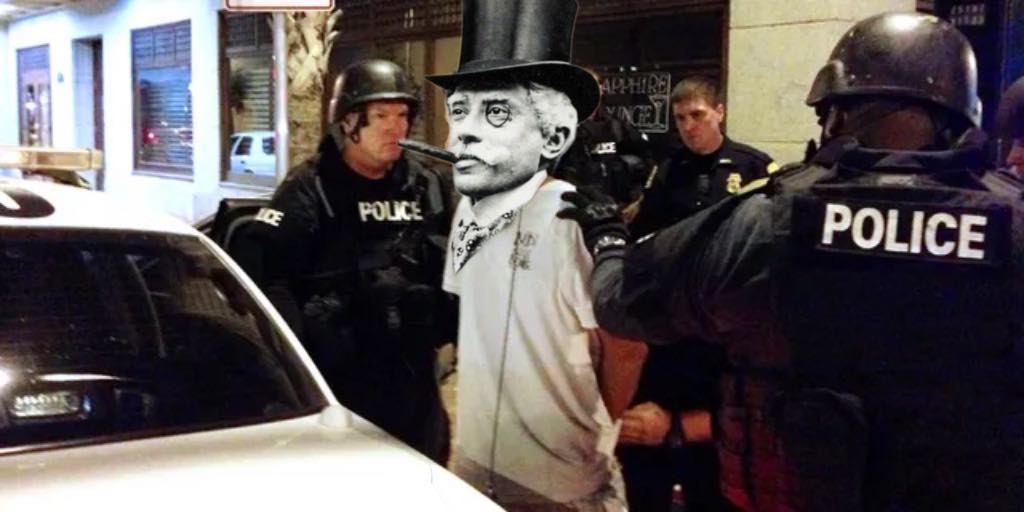 “What a rookie idiot, he had no clue!” Laughed officer Perry Ramirez, partner of the rookie officer who has asked to remain unnamed due to impending doom.

“He’s going to be whacked in no time!” Ramirez leaned back in his chair and let out a loud laugh.

“Poor kid, he just wasn’t familiar with who you’re not allowed to pull over and interrogate.” Ramirez punctuated.

The incident took place when the rookie officer pulled over Jeremiah Rothsfather and booked him for driving under the influence, even cuffing him and taking him all the way to the station and processing him through the system.

“We knew the second he walked in with him he had no idea what he had done.” Claimed Bailey Nutsworth, the officer working the front desk at the station the rookie officer arrived.

“We’re all given large booklets of people we’re not allowed to interact with when we join the force and it’s extremely important we memorize all those names, or very bad things will happen, so unfortunately it looks like this new guy didn’t study his booklet.” Nutsworth shook his head in empathetic shame.

5 minute after Rothsfather was placed in a holding cell, a caravan of black SUVs without license plates showed up to the police station and a group of burly men in suits calmly walked in and opened the holding cell using a key they had, with no interference from anyone at the station.

“We didn’t want any part of that.” Scoffed Nutsworth.

“We don’t see those guys much because we usually don’t make this kind of mistake, but any time they do come around, we just keep our eyes down, and some times we get bonuses in our paycheck that week. We don’t bother, we get rewarded, it’s a system that’s been in place since the founding of the original police force.” Nutsworth dutifully educated me.

“Yea, one of the strong guys in suits looked like Jeffery Epstein!” Chimed in a young looking officer in the back of the break room where I was conducting my interviews.

The rest of the officers then got stark white and silent.

“Right?” The young officer said, trying to garner some support.

Then a few big guys in very expensive-looking suits busted into the break room and grabbed the young officer.

One of the men in suits put a large stack of hundred-dollar-bills in the center of a table before they proceeded to drag the young officer out of the room.

“So anyways, what’s for lunch!” Yelled Nutsworth to the rest of the room, now vibrant once again.

“I want Chinese!” Shouted another officer.

The incident involving the original officer and Jeremiah Rothsfather was the closest a member of the elite secret society had come to consequences in the 30 years. Sometimes secret society members would get pulled over, but it had been ages since an officer had actually tried to arrest one.

Sorry, hold on there’s a knock on my office door, let me go see what it is. Oh wow, there’s also a large caravan of black SUVs I can see from my office window! I wonder what it is! Maybe I won the lottery! I’ll update you all once I go open the door!