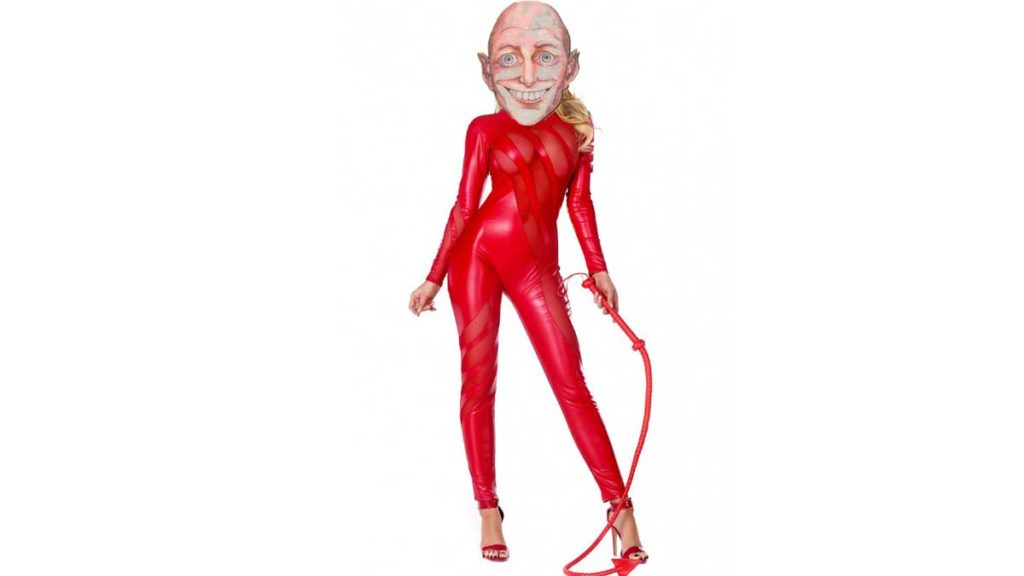 Even though Halloween is still weeks away, this season’s least popular costume has already been determined: Sexy Rick Scott.

The costume, consisting of a rubber pinhead mask with light-up googly eyes and a lower jaw that constantly hangs open, approximating the former Florida governor’s ‘smile’ also includes a white shirt, red tie, charcoal gray suit jacket with garters and thigh-high fishnet stockings. The picture on the package shows 6” high-heel shoes but they’re not included and only shown as a suggestion. Understandably, the costume is already lagging way behind the next least popular costume, sexy undocumented kitchen laborer.

The fact that the sexy take on the former beneficiary of major Medicare fraud even exists mystifies Halloween retailers. “For the life of me, I can’t imagine who would want to wear this thing,” says Irene Schwartz, manager at Party City on Dale Mabry. “It’s fairly common that we get kinky people in here looking for the offbeat but nobody weird enough to want this thing ever comes out of their house, let alone shops here. Whose idea was this anyway?”

“It was my idea and I’m sorry,” says Rick Moulder, a costume designer at CostumeCo Inc. “We don’t have a lot of official licenses for famous likenesses so we have to be careful how we brand the costumes. Like, our Indiana Jones costume is ‘Adventurer with Hat’, so we don’t get sued. In this case, we named it ‘Nawty Scawtty’ but everybody knows who it is.”

When asked, ’but why? Why?? Why would you do this?’, Moulder replied, “Listen, every year I have a quota to come up with new costume concepts and this year I had a mental block and was coming up one short. I was looking at the internet, trying to find some kind of inspiration and I came across Tampa News Force, which has a bunch of articles about this guy. Facing a deadline and the prospect of losing my job, I just threw it out there. I have kids to feed!” He added, “May God have mercy on my soul.”