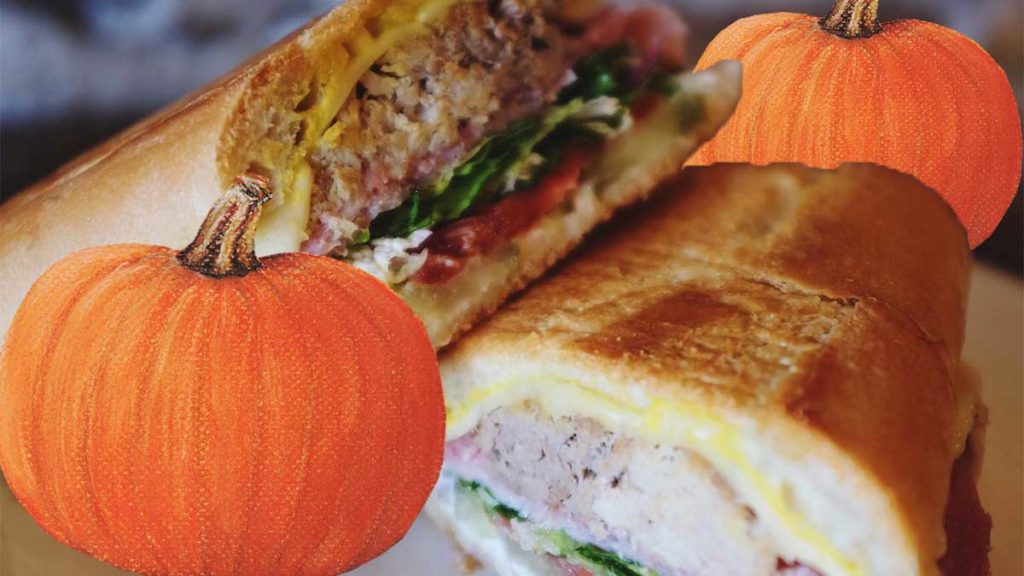 Bistroiality, an upscale restaurant on South Howard (Where every restaurant is upscale), has just launched a special seasonal item that is upsetting some people; a pumpkin spice Cuban sandwich.

“It’s our ‘take’ on the traditional Cuban,” says owner Kevin Brillowitz. “It’s got all the traditional elements people are used to in a Cuban. Pork, ham, mustard, pickles and just a wedge of cinnamon-roasted Jack O’Lantern,” he says, wrinkling his nose and adding, “It’s fun!”

“It’s NOT fun. It’s an abomination,” says disgruntled patron and Cuban sandwich aficionado Eduardo Glutenez. “He’s in there, creating nightmare cuisine like some kind of food Frankenstein. It’s not right!”, said Glutenez while brandishing a pitchfork, waving it around dangerously like he’d never handled that particular farm implement in his life.

In fact, Brillowitz and his restaurant have faced criticism before for their non-traditional and unnecessary attempts at ‘fusion’.

In 2017, all seven Cajun people living in Tampa picketed Bistroiality for serving gumbo with avocado and hot dogs instead of okra and andouille sausage.

Last year, patrons of all persuasions were startled to discover that the restaurant had substituted split peas and ham for noodles and chicken in their chicken noodle soup. And even now, they serve what they call a “Giaganto Slider Platter” which is actually just three 1/3 pound hamburgers with no fixin’s for $37.50 (cheese is $1.50 extra) “One of our most popular items. Fun!” says Brillowitz.

“No no no no no!” cries Glutenez negatively while banging both fists on a table. “There are no ‘takes’ on traditional ethnic foods! A Cuban is a Cuban is a Cuban! Anybody who doesn’t understand this basic fact should just set their restaurant on fire and leave town in the middle of the night, in deep shame.” He then placed an order for one of Bistroality’s other big sellers, “Fiesta Egg Rolls” which consists of taco shells filled with spaghetti and meatballs, then deep fried and served with Ethiopian dipping sauce. “These are fun,” he said.