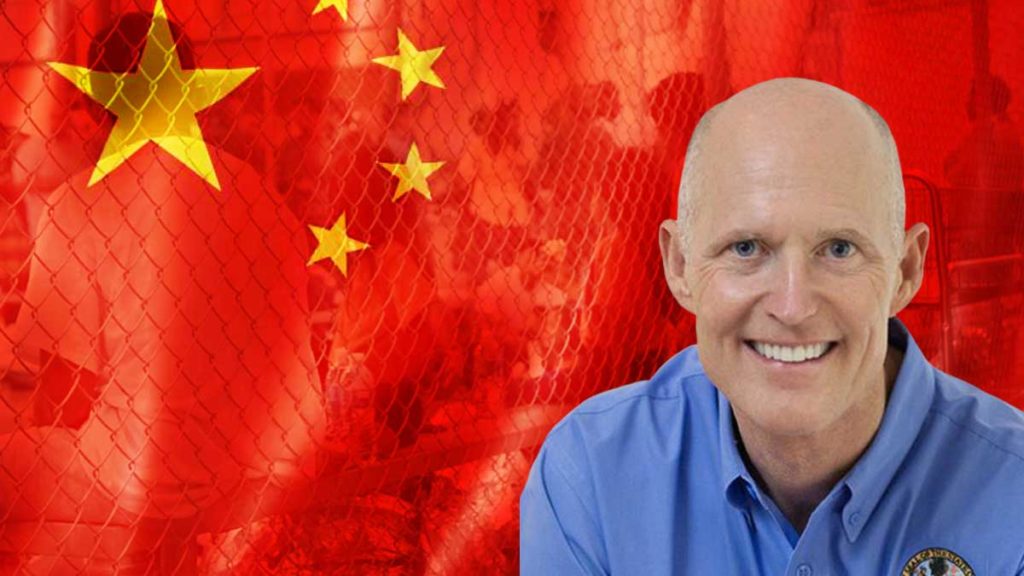 Florida Senator Rick Scott is calling on all Americans to stop buying Chinese products, specifically when it comes to the cages they place children in at private prison facilities.

“These kids don’t deserve to be in cheap Chinese cages,” the Senator said while speaking to a crowd of reporters. “Chinese steel is very cheap and easy to escape from.  If more of my friends who own private prison and holding facilities used American-made steel cages, they wouldn’t have any issues with the kids trying to break out and reconnect with their parents.”

Senator Scott, who continues to earn millions of dollars a year through shady business practices while telling people they should work hard for next to nothing because one day they might also be able to rip off taxpayers, then brought out a child on stage with him.

“This is Manuel, and his family traveled on foot through many dangerous countries to try and begin a new life here in America,” the Senator said while giving the child an incredibly uncomfortable to watch massage.  “When our border patrol agents captured his family, Manuel and his little brother were sent here to be detained until we could figure out where to deport them.” The Senator then unhinged his jaw and bit off the child’s head, swallowing it whole.  The boy’s body then dropped to the ground and the Senator was handed a wet wipe from his assistant who then dragged the headless body away.

“I wouldn’t have had to bite this child’s head off if more American’s bought American,” the Senator said.  “There is a crisis in this country, when we buy Chinese products we are essentially giving Venezuela money because oil and…” Senator Scott paused to try and figure out his talking points, “Please buy my wife’s homemade soap, she’s working very hard everyday melting lavender and brown sugar together.”

When asked to elaborate, the Senator got mad and yelled, “This crisis, jobs, things that only the President and I understand.  You might be too stupid to know that China, Venezuela and the Maduro regime, they didn’t steal your Medicare dollars, I did.”

Senator Scott then vomited the child’s head onto the ground.  He then quickly got down on all fours and tried to eat it again.  “Let this be a lesson to any child that tries to escape from those cheap Chinese cages we put them in, until they are placed in American made cages I will continue to eat all the escaped children.”

The Senator then turned into a bat and flew away.