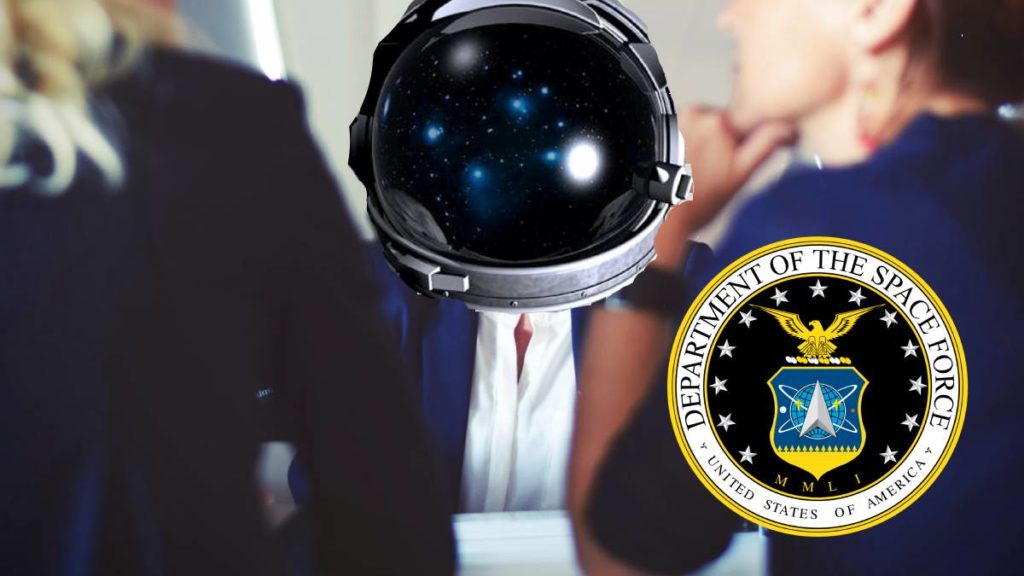 President Trump’s proposal for a fifth military branch, a “space force” is coming to fruition and will seek recruits at a job fair at the Florida State Fairgrounds Saturday.

“People who aren’t astronauts shouldn’t feel intimidated,” said Space Colonel Joe Broey. “A military, be it an army division or a navy fleet or an air force squadron or a marine pod or whatever those guys call themselves, is always going to need support staff. Cooks, clerks, clergy, mechanics, medics, monks. We’re going to need all of those and more.” He added, for no good reason, “The best way to support the troops is to be a troop!” He saluted me with his right hand and gaveme a thumbs-up gesture with his left.

The colonel went on to say, “We’re recruiting in Tampa because so many of you people are pirates, with real adventurous spirits! We’ll take you from action on the high seas to action on Mars!”

When I mentioned that people in Tampa like to dress up and attend parties but that they’re not actual pirates, he replied, “That’s okay; we’re probably not actually going to make it to Mars.”

When asked if applicants will need any special skills or training, as the activity will presumably be taking place in outer space, he said, “Good question, Space Private! Outstanding!”

He then forgot to answer it so I asked him again and he said, “Well, the ability to be upside down for long periods of time would be good, because of gravity issues. And liking space food that comes served in a space tube. Also, the ability to withstand bombardment by cosmic rays and respond to that by developing enhanced abilities.”

I asked him what kind of abilities and he said, “Specifically we’re looking for a smart, stretchy guy, a woman who can turn invisible with force fields, a guy who can burst into flame and fly around on command and a big, strong guy made of orange rocks. One each of those for a total of four would be fantastic.”