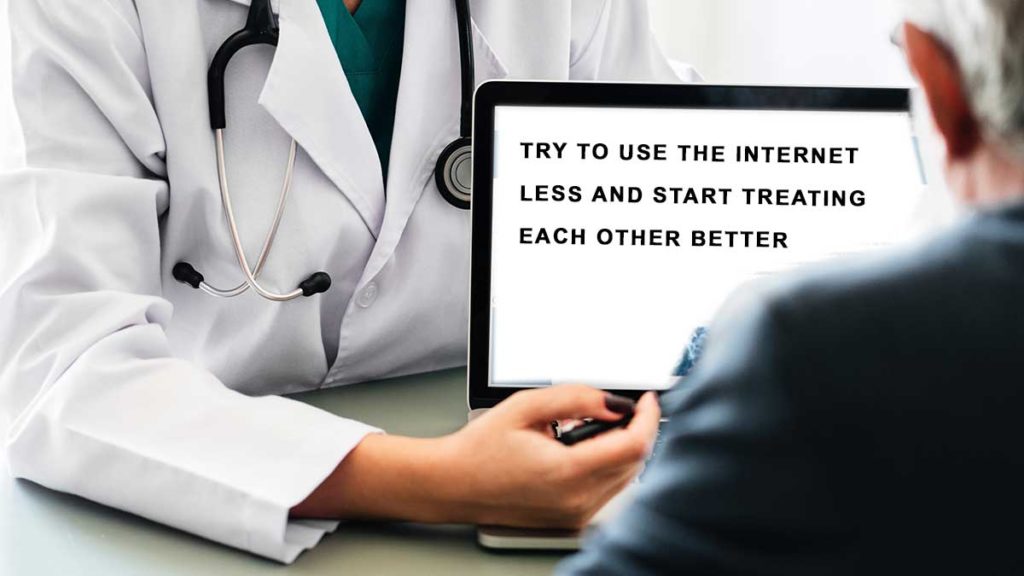 Why did you click this link, didn’t you read the headline?

Seriously go outside, there is no such thing as the USF Media Research Labs.

To prove it, here is a Google Earth picture of USF:

Many students complain about the commute to and from USF because many parts of it are missing. Much of the surrounding area is hard to cross without dying or ending up in one of those never-ending free fall zones.

I sat down with the head of the USF Media Research Labs professor, who rolled his desk chair uncomfortably close to me during the interview.

“So are you real?” I asked the professor.

“Look professor, I don’t have time to play these games with you,” I shouted before kicking the professor in the face. “Where are you hiding the internet mainframe passcodes!” I yelled dramatically.

The professor laughed, his face now disfigured and covered in blood. He slowly got up, “…you think you can just unplug the mainframe and end it all,” he coughed up some more blood. “You’re not the first sap to try and tell people they are being manipulated by the very people they put their trust in.”

The professor then began to violently vomit blood everywhere before continuing his speech.

“..You aren’t going to convince anybody if you pit them against each other, that is why the only way for this to work…we all have to unplug together.” The professor slumped over and died before I could cradle him in my arms and weep.

Streams of tears gushed from my eyes and washed over the professors lifeless body. Suddenly the professor sat up and arose from the dead, “You’re tears, they brought me back to life. I must take a sample of this and research it in my lab!” The professor shouted before someone knocked me out from behind.

I awoke several hours later in a chamber restrained with both my arms and legs spread wide.

“You are a marvelous specimen,” I heard the professors voice, faintly through the glass of the chamber. “And you will do quite well as part of my collection.”

I tried to scream but I couldn’t control any part of my body, only watch as the professor flicked the lights off and left me alone to float in my chamber of what I later found out were my own tears.