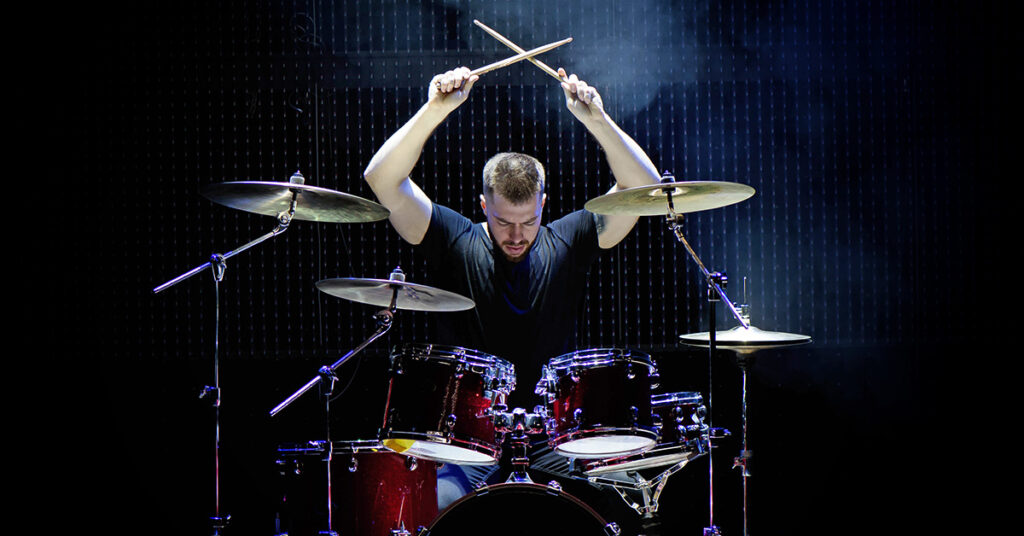 Chad Hoagland, the drummer for local rock band Shrimp Daddy, has a knack for informing his bandmates when it’s time to start playing a song.

Lead guitarist Scotty Goomner said, “We’ll just be standing around on stage and then Chad holds his drumsticks over his head and starts banging them together. It’s a great way to remind us, ‘oh yeah, we’re supposed to be playing songs’. He’s the best!”

“He does it exactly four times before the beginning of every song,” said bassist Whit Splitley. “When you hear it the first time, you’re like, ‘Whoa! What was that?’ Then, he does it again and you realize, ‘Oh, he’s hitting his drum sticks together again. I’ve heard him do that before’. When he does it the third time, you know to get ready because something is going to start happening and then after the fourth time, that’s when we start to play a song. It’s a really effective system.”

“A lot of people think I invented this technique but I can’t take full credit for it,” said Hoagland. “I heard U2 drummer Bono do it at the start of their song, ‘Vertical’. I thought, ‘that’s cool, but what about adding a visual element?’, so that’s when I decided to hold the sticks above my head so everyone could see and not wonder ‘hey, where’s that sticks-banging-against-each-other’ sound coming from? It clears up that confusion plus makes our performances more exciting to watch.”

“The first time he did it, I thought, ‘What is that clicking noise? Is someone knocking at the door? Did we order pizza? Should we let them in?'” recalled Goomner. “Of course, there was nobody at the door and I missed the start of the song. But I get it now. Live and learn.”

“That’s my contribution to rock and roll, I guess,” Hoagland shrugged modestly.

Lead singer Jon McDan said, “Yeah, Chad might not be the best all-around drummer there is; sometimes during the playing of actual songs he goes too fast or too slow or seems to be playing something that doesn’t even go with whatever particular song we’re playing. The other guys do that too, though; it’s kind of what we’re known for and is probably a big reason why we don’t get booked at any of the places along Central Avenue very often. But when it comes to banging sticks together to let us know when it’s time to play, Chad is just top notch.”