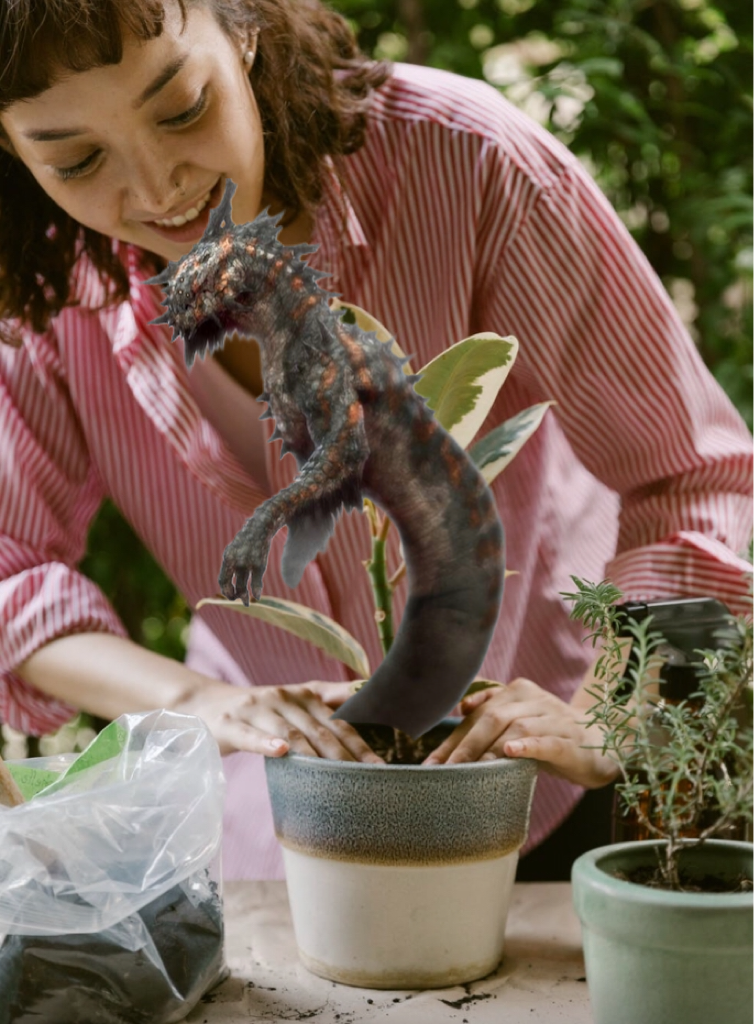 Horticulture enthusiast Meaghan Larker of St. Petersburg is very happy with the new plant growing in her garden from seeds she received from China.

“The seeds arrived at my home about a week ago, in a package with Chinese lettering and no return address”, she says. “At first, I thought they were a gift from one of my Chinese friends but I remembered I don’t know any Chinese people.” She added, “Then I figured it was a gesture of apology from the Chinese government for the Kung Flu. Like, ‘we gave you something awful, let us make up for it by giving you something nice’, which is a very nice thing to do. And while it’s not what we Americans consider traditionally ‘pretty’, maybe the Chinese think it’s beautiful. Who knows?”

She says she planted the seeds immediately, in spite of dire warnings from the United States Department of Agriculture (USDA) to not do that. “Oh, I don’t listen to the lame-stream media”, says Larker. “The last time I checked, the constitution gives me the right to do whatever I want. If something I plant in my garden turns out to be an invasive species or even a bio-weapon, so be it. That’s why my taxes pay for the Army.”

Larker has been learning more about the strange plant since she started tending to it. “I’ve learned it’s a form of Nian, which is a kind of half-lion/half dragon creature that normally sleeps in the deep sea, but once a year, at the end of the lunar cycle, crawls ashore to satisfy a voracious appetite, devouring livestock and people and any other living thing in its path. And now they’ve turned it into a plant! Those Chinese are quite clever!”

She has also learned, “They hate bright lights and loud noises like you get from fireworks as well as the color red, but this little guy seems to be thriving with very limited exposure to sunlight, while getting plenty of shade and water. Look how big it is already!

She says the plant has already begun producing its own seedlings. “They crawl right out of the pot, making a hissing noise and emitting a foul, sulphuric stench as they slither off into the surrounding underbrush, presumably to take root and flourish here in America,” she says. “It’s adorable!”

The Garden Club of St. Petersburg has already invited Larker to exhibit the plant at their annual flower show, scheduled for next April at Walter Fuller Park Community Center. “We can’t wait to see what Meaghan has for us”, says Garden Club representative Shirley Worter. “It’s going to be so exciting!” Larker says, “Who knows what will happen? Not me!”