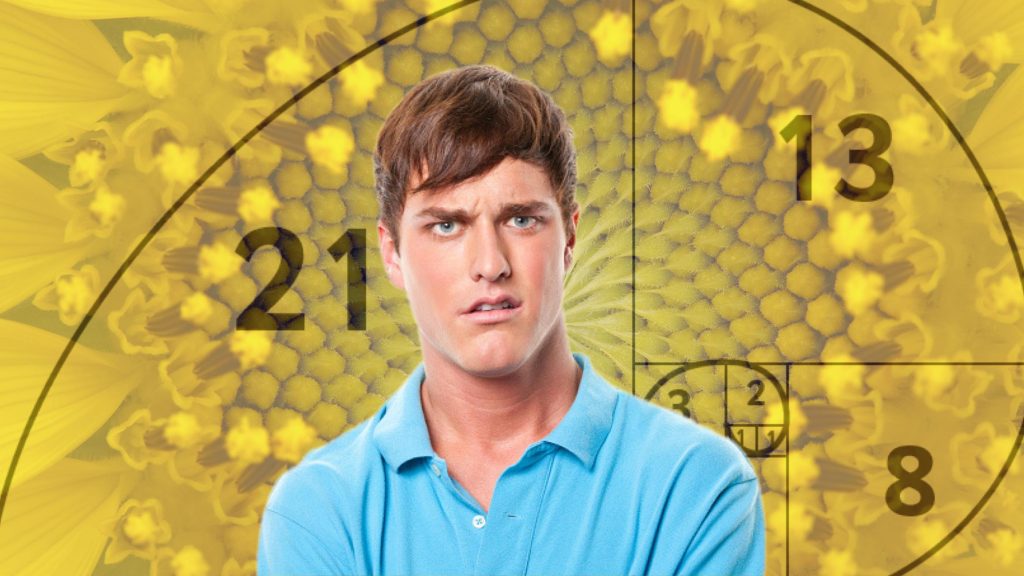 Ted Henderson, a student majoring in Economics at Eckerd College in St. Petersburg was recently thrown off track by something that came up in one of his classes and he has not been able to resolve it or move on from it.

“I just don’t know what to think,” he said. “This changes everything.”

“Wait a minute,” interrupted Henderon. “What did you call it? Fibonacci? Is that Italian or Japanese?”

“Mr. Henderson, the Fibonacci sequence is named for Leonardo Pisano Fibonacci, an Italian number theorist, the most gifted mathematician of the middle ages. He introduced the world to such wide-ranging mathematical concepts as what is now known as the Arabic numbering system, the concept of square roots, number sequencing, and even math word problems,” replied Dr. Plaxmore.

After pausing briefly, he continued, “It just seems like it could also be Japanese with that ‘nacci’ part at the end. Like Tamagotchi. That’s definitely Japanese. I had one.”

“Well, we’re not really going to be covering the ethnic heritage of Fibonacci in this class…,” said an increasingly irritated Dr. Plaxmore. “What matters is our understanding of the so-called ‘golden ratio’ of 1.618 that is so important to mathematicians, scientists, and naturalists and how it’s derived from the Fibonacci sequence. The quotient between each successive pair of Fibonacci numbers in the sequence approximates 1.618, or its inverse 0.618.”

“I know, I know. I get all that,” interrupted Henderson again, not getting any of it at all. “It’s just that in mathematics, numbers have definite values. They’re not arbitrary and the name ‘Fibonacci’ seems like it could be either or both and I’m having trouble reconciling that on a numerical level.”

“Mr. Henderson, for the purposes of our discussion today, it doesn’t matter if Fibonacci was Italian, Japanese or Swedish, for that matter,” said Dr. Plaxmore.

“He might have been Swedish?!?” said Henderson incredulously. “Fuuuuuuuuuuck!”

He gathered up his backpack, said “I’m sorry,” walked out of class and hasn’t returned since.

Reached for comment after the incident, Dr. Plaxmore said, “I suppose I can see where he was coming from but his argument was irrelevant and, well, maybe the simple fact is that he’s not really suited to pursue a future in Economics.”

“Because he’s stupid,” she added unnecessarily.