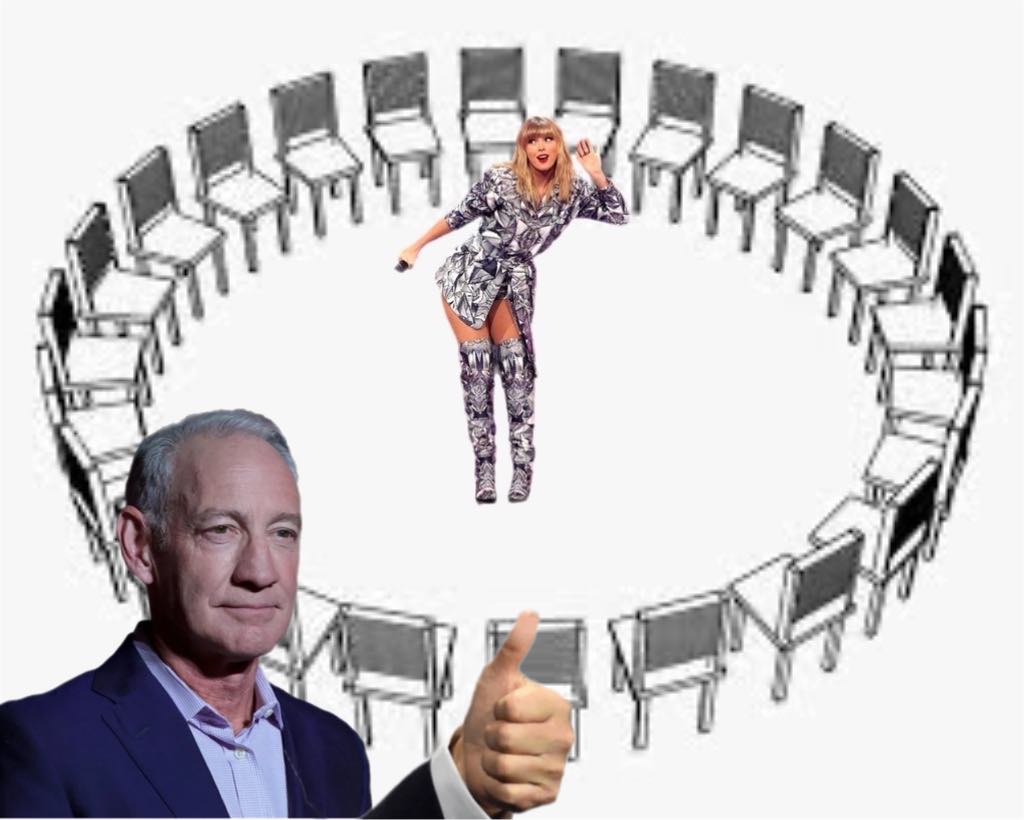 Following a series of mishaps with tickets being made available for Taylor Swift’s upcoming world tour, which resulted in the general public on-sale being cancelled and fans being extremely dissatisfied, Live Nation Entertainment has totally restructured the entire production and tour schedule.

“Our customers have spoken out and we have heard them,” said Greg Maffei, chief executive officer of Liberty Media and the chairman of Live Nation Entertainment, Sirius XM and TripAdvisor, who prior to last week, was living a comfortable life in relative anonymity due to never hearing from customers because everybody assumed all those entities, plus TicketMaster, were owned and operated by robots so nobody knew who the fuck he was. “Obviously, our customers are the most important people in the world because I was told I’m supposed to say that. So this is all for them.”

Now, instead of three dates at Raymond James Stadium between Thursday, April 13 and Saturday April 15, 2023, there will be 7,482 dates between April 13, 2023, and February 2, 2044 at American Legion Post 111 on North Florida Avenue. Seating capacity will be limited to 24 and all the chairs will be arranged in a circle.

“That means every seat is a front row seat!” exclaimed Maffei. “Of course, due to the limited capacity, production costs, the artist’s fee, marketing, other various expenses and our cut, which we’re scaling back to what could best be described as ‘obscenely massive’ as opposed to what we normally demand, which is oppressively and insultingly staggering, tickets will cost $68,634 each, plus fees. But again, hey, front row seats! I think everyone can agree that’s fair and reasonable, given the circumstances.”

“Keep in mind that I am entirely unfamiliar with the concepts of ‘fair’ and ‘reasonable’. Are those even English language words?” he added.

Tickets will go on sale tomorrow at 3am via TickeMaster’s web site, using the password which is unknown* to ensure a smooth operation.

“Seriously, we’ve made a lot of concessions to get this to happen. What more do people want from us?” said Maffei. “And to be clear, that was a rhetorical question because I don’t care what they want.”

NOTE: The password is unknown; it is NOT the word “UNKNOWN”.