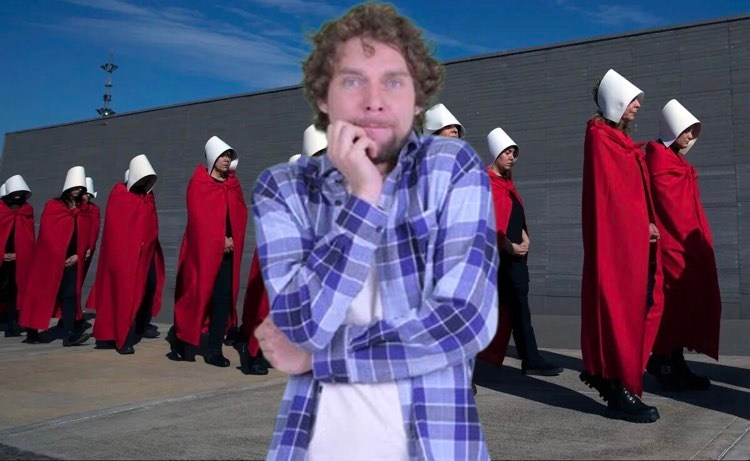 Gavin Blublocher of St. Petersburg, an amateur social commentator on various internet platforms, has become dismayed that his vision of a dystopian future is coming to pass.

“I watched ‘The Handmaid’s Tale’ a couple of years ago and I Tweeted about it one time,” he said. “and now this… all of it… it’s all… happening!“

“The Handmaid’s Tale” is a TV series based on the best-selling novel by Margaret Atwood, and is set in the fictional land of Gilead, a totalitarian society in what used to be part of the United States. Gilead is ruled by a fundamentalist regime that treats women as property of the state, and is faced with environmental disasters and other critical societal problems.

“Just look at what’s going on around us, man,” said Blublocher. “The economy is in shambles, we’re all hopelessly divided, climate change is real and now the Supreme Court is going to repeal Roe v Wade, making abortion illegal again! All of our rights, except for guns, are being stripped away! Gas prices!!”

“I can’t help but think I’m at least partially responsible,” he added. “I have over 200 followers. Did I somehow speak this nightmare into existence?!?”

“I always want to be right because I think I’m always right but I never wanted to be this right!” he cried. “I’m sorry, everyone! If I believed in God, I’d beg for mercy on my own soul.”

“But smash that ‘Follow’ button; I’ll have more to say about this as things continue to inevitably deteriorate.”