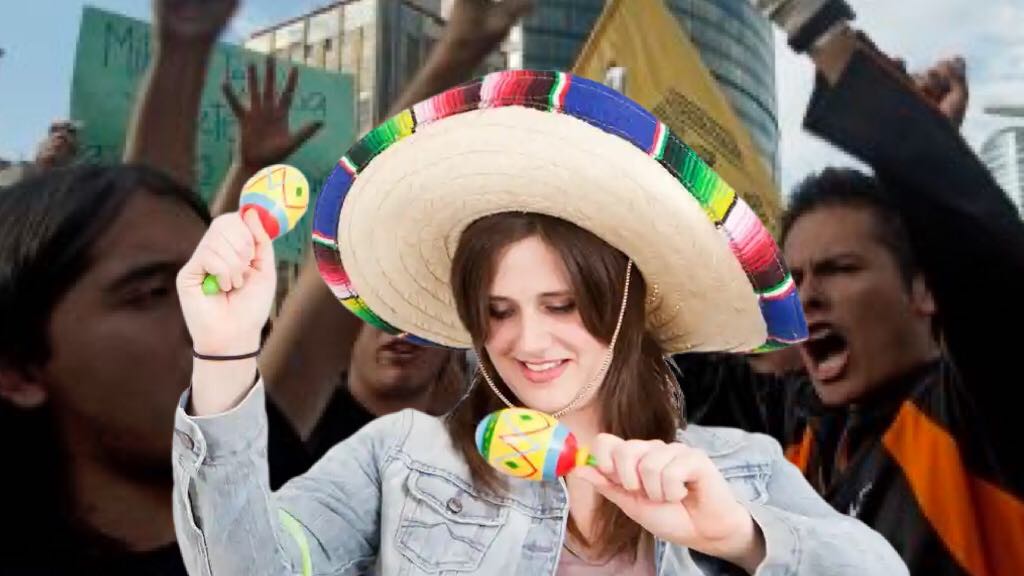 Stephanie Ragnarok of Dunedin gets excited on May 5th every year and this year is no exception.

Cinco de Mayo is a yearly celebration held on May 5, which commemorates the anniversary of Mexico’s victory over the French Empire at the Battle of Puebla in 1862.

“I just love Mexico and Mexican people so much on this day every year,” she said. “Not so much the rest of the time, when they’re all coming over here to steal our jobs and rape us. But today, it’s all nachos and cervezas and margaritas! Who doesn’t love that?”

“Just to clarify, any other day of the year, you keep those filthy, murderers far, far away from me,” she said as she perused the online menu for Carmelita’s Mexican Grill and Cantina. But today, who knows? I might even sleep with one!”

“Oh, who am I kidding; I’ll sleep with anybody, any time,” she quickly added. “Because while I am a huge racist, I am an even bigger whore!”

“And if I may reiterate, Wooooo!”