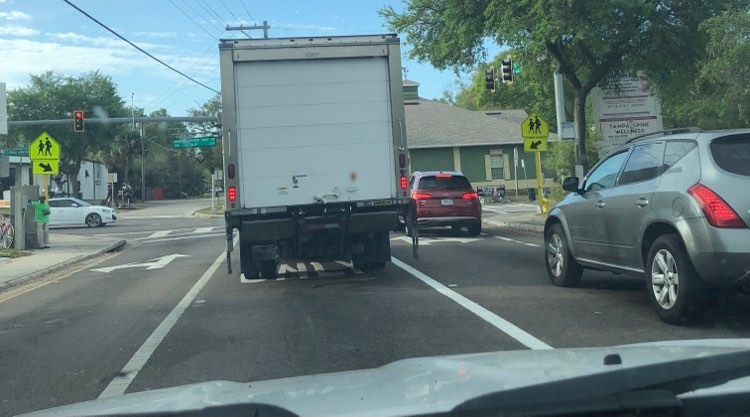 Randy Cladner, who is just trying to get to his job at Associated Business Company Inc. in downtown Tampa and is already an hour and a half late, came to the conclusion that he will never get around a cargo vehicle that he first encountered at the intersection of Osborne and Florida Avenues in Seminole Heights.

“This is my life now”, he said, sighing. “Doomed to follow this stupid truck that is incapable of going faster than 35mph.”

“Every time I want to change lanes, it changes lanes. It’s like the driver is trying to stay in front of me.”

Resigned to his fate, Cladner has filled out a change of address form he got from a postal carrier who happened to be next to him at the intersection of Highland Ave. and Dr. Martin Luther King Jr. Blvd.

He also texted what he hopes will serve as a will to lawyer John Morgan, whose ad he saw on the side of a HART bus…