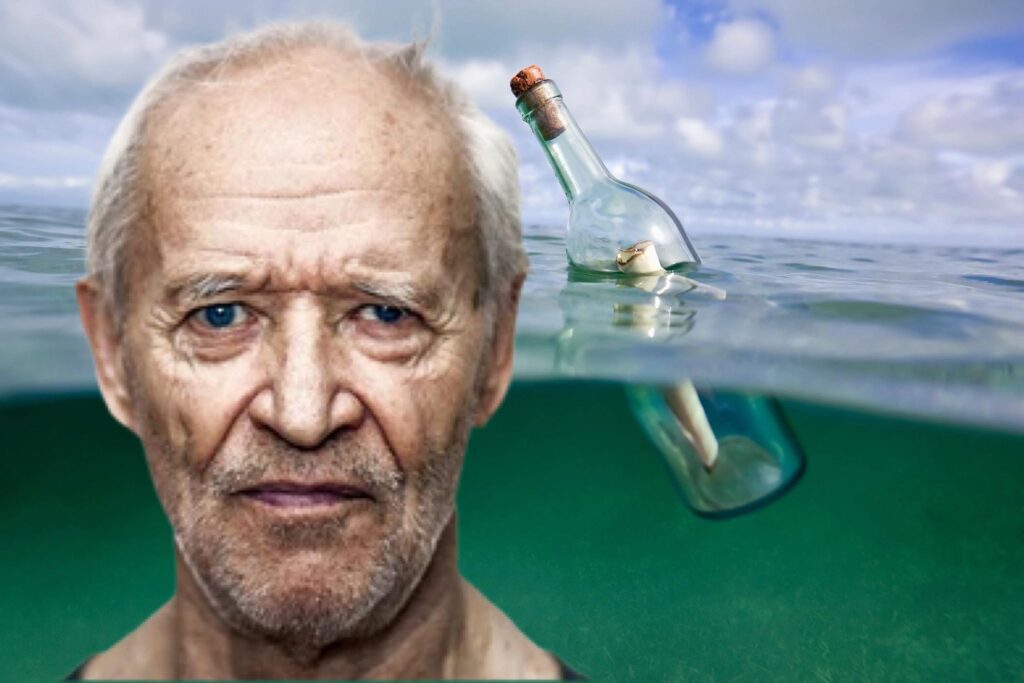 A St. Petersburg man who goes by the name of Salty Rick is claiming that he has knowledge of a ship that nobody has ever heard of sinking in Tampa Bay over a century ago.

We met him at the makeshift maritime museum in what was once the game room at his beach bar and seafood restaurant.

“It’s all true! I have artifacts and shit,” he said. “And you can come and see them for a nominal admission fee here at Salty Rick’s Crab Hut, formerly Oyster Pinchers.”

He explained, “First of all, I’ve been sailing the seas of Tampa Bay my entire life so I’m very familiar with nautical folklore, okay? The year was 1895 and the Chewbacco was a steam-powered wooden vessel, almost 200 feet long at the waterline with a 35 foot beam and 13.5 feet of depth, sailing out of Ybor City. The steamer had a triple expansion steam engine with a pair of Scotch boilers 12 feet in diameter. The engine turned a single propeller shaft which could drive the ship at speeds of 17 miles per hour, a respectable pace for the time. She received orders to haul a late season load of exotic spices from Tampa to Milwaukee, better known as the Kessel Run. Captain Sergio Hugo Chavez, a Tampa man, assembled a crew and prepared to depart for Milwaukee. However, due to the late season trip, he had trouble finding enough men to crew the vessel, so his 23-year-old son Julio signed on as first mate. Upon leaving Port Tampa and sailing past Sparkman Wharf and Amalie Arena, the Chewbacco encountered a storm and rough seas near MacDill Air Force Base. What happened after that is known only to those lost with the ship. Diners at the Clearwater Beach Hooters reported seeing and hearing a ship in distress. The overdue Chewbacco was listed as missing and no one ever saw her or her crew again. But the other day, I found these.”

He showed us a couple of Zima bottles with notes inside. He pulled them out and read them to us. The first one said:

“Oh noes! Engine give out, drifting aimlessly, maybe to Mexico? Jajajaja! Captain and clerk are swept off. We have a hard time of it. 10:15 o’clock.”

The second one read:

“Chewbacco engines broke. Drifted into trough of sea. We have lost all hope. She has gone to pieces. Good bye. Time to drown. LOL. Love, Julio.”

He then gestured to a pile of what looked like old railroad ties stacked in front of a broken Galaga machine and said, “Also, I salvaged this wreckage. So, yeah.”

We mentioned that some aspects of his recounting seemed like they might be less than historically accurate or even possible and he said, “Okay, look. I’m from Indiana and I just moved here three years ago because I like Jimmy Buffett. I bought this seafood restaurant with my life savings and things were going all right, but then the pandemic hit, everything went to hell and now I’m kinda screwed. I pulled that whole story out of my ass. I don’t even know if those specifications for ships in the 1890s are close to accurate. I need a draw to get customers in here, though. So come on! Help me out, huh?”

Salty Rick/Dave from Indiana picked up our entire tab, including drinks, even though he’s clearly struggling. So come and see this totally authentic shipwreck memorabilia and get some real nice seafood and cold beers from a good dude just trying to make it.