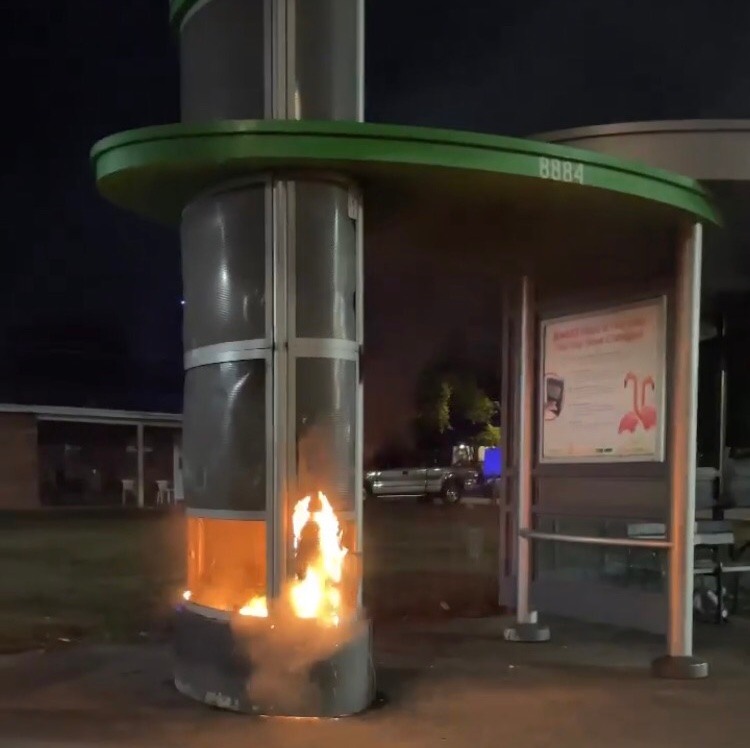 Following the re-installation of seats at various Hillsborough Area Regional Transit (HART) bus stops along the service’s Metro Rapid route that were removed at the request of the Tampa Police Department (TPD), there are additional amenities being added.

“We felt bad about taking away the only way for people to be comfortable waiting for the bus, but we did it because TPD told us that the seats at those stops were directly contributing to crimes like drug dealing, vandalism and homeless people being alive,” said HART spokesperson Rita Galita. “But upon realizing the discomfort this inflicted on our customers, most of whom already hate the fact that they have to ride the bus in the first place, we put the seats back.”

“And as a gesture of apology and appreciation, we’re adding some fun perks!”

The Metro Rapid route runs between downtown Tampa and Fletcher Avenue, mostly along Nebraska Avenue. The first enhanced bus stop along the route has already been installed and it features a roaring fireplace.

“It’s been cold out at night for the last few weeks and this is super cozy,” said a random homeless person who probably has a name but we didn’t bother to ask nor share eye contact. “Not as cozy as sleeping indoors in a bed, but all things considered, this is pretty good.”

“I cooked a squirrel over it!” said the homeless person’s equally anonymous friend/colleague. “And with the free ketchup packets I get from the 7-Eleven, it came out real nice!

HART plans to upgrade other bus stops with a variety of previously unavailable amenities, including cappuccino machines, pool tables, oil paintings and bidets.

“We’ll pay for all that by firing some drivers and eliminating certain routes, like the Metro Rapid,” said Galita. “But our few remaining customers should be pretty happy.”