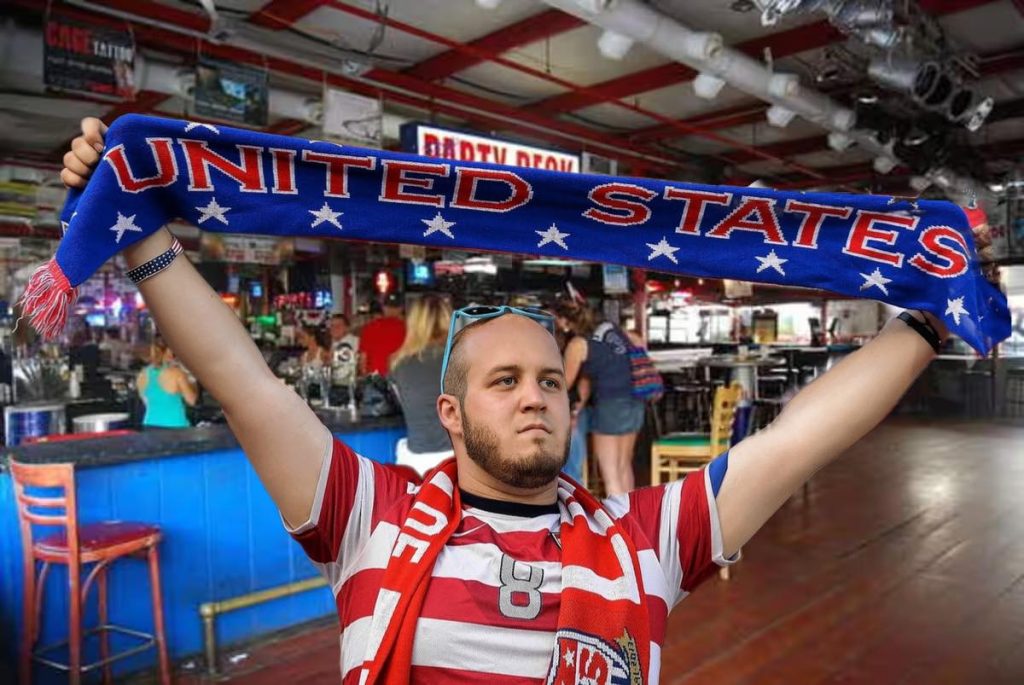 Spencer Hayden, a huge soccer fan from St. Petersburg found himself going through a range of emotions at Ferg’s Spots Bar during yesterday’s World Cup match between the United States Men’s National Team and the Netherlands.

“It’s good to see the United States finally acknowledging the global superiority of futbol, or ‘soccer’, as most boorish American clods still insist on calling it,” he said.

“There’s a reason ‘The Beautiful Game’ is appreciated in every civilized nation in the world,” he continued. “The World Cup reaches over 500 million viewers all over the world. The so-called Super Bowl draws a paltry 150 million. It doesn’t even compare. Frankly, it’s about time Americans learn what a REAL world championship looks like, and that the world doesn’t end at the United States doorstep. Now that the USMNT has earned a spot at the table, maybe that lesson will finally land and they can catch up to the rest of us who already knew that. It’s the dawn of a glorious new era for American fans who waste their time devoting themselves to far lesser sports, even if most of them are not smart enough to realize it yet.”

Hayden finally shut up long enough to glance at one of the TV’s at Ferg’s and saw that the Netherlands was leading 2-0 at halftime of the game they would go on to win 3-1 to eliminate the U.S.

“Shit,” he said. “So what time is the Lightning game against Toronto tonight?” he said.

← Straight or gay – What feels better?USF hires football coach you’ve never heard of yet somehow, exactly who you thought →