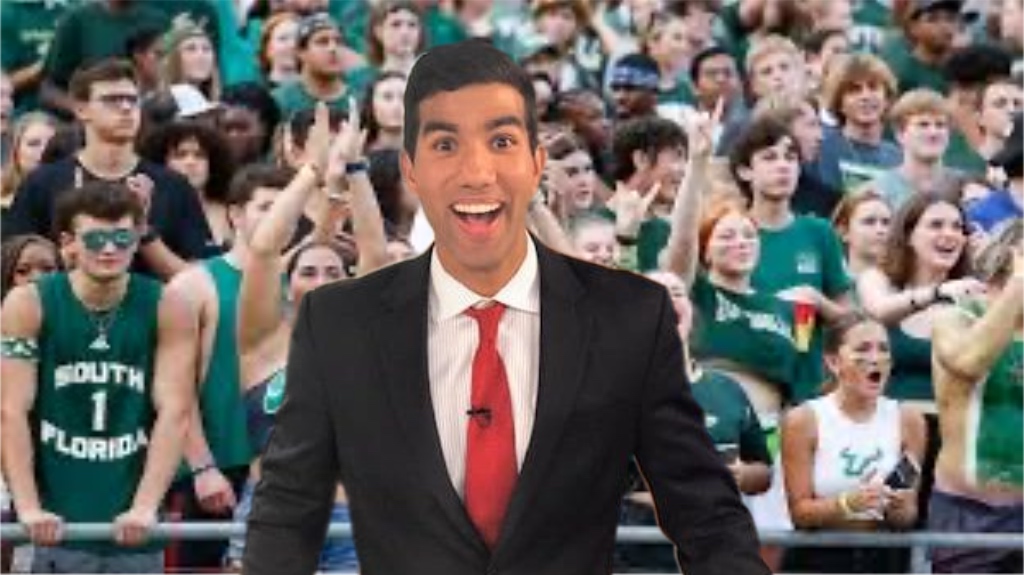 The University of South Florida has announced that the next head men’s football coach will be none other than former University of Tennessee varsity football offensive coordinator Alex Golesh.

(Please note: the photo above is not Alex Golesh, it’s Alex Giles, a news reporter and anchorman with WBTV, a television station in Charlotte, NC. Spellcheck kept changing “Golesh” to “Giles”, so we decided to use his picture instead. He’s on TV, after all.)

“We want to keep this program moving in the same direction, which most closely resembles a perfectly straight horizontal line at the bottom of a scatter plot graph,” said USF Vice President and Director of Non-Intramural Athletics Michael Kelly.

“As such, we had a very strict list of qualities we were seeking from our next head coach,” he said. “We wanted someone who’s never been a head football coach at any level who has done a fine job holding many position coach positions before serving in a coordinator’s role with a program people have heard of, but not someone who would disrupt the somnambulant dynamic of our radio broadcasts. We have a tradition here at USF Athletics of aggressive mediocrity and a commitment to a lack of imagination. And I’m happy to say we’ve found the exact guy we were looking for.”

“So you were looking specifically for Alex Golesh?” he was asked.