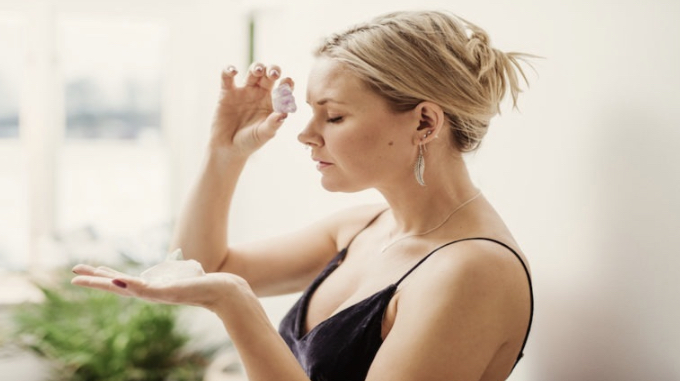 Rachel Smith of Snell Isle holds a small round rose quartz in her hand, recalling how epic Burning Man was last year, and says she hopes that the Nevada Festival will resume in Fall of 2021.

“It’s a really special crystal, a guy blessed it for me at Burning Man… well, on second thought, he was wearing only latex gloves and nipple pasties, and I couldn’t tell if he was blessing the crystal or asking me where the nearest Port-O-Potty was… He was really dehydrated, so I couldn’t really understand him.”

Smith, 29, believes the rose quartz she keeps in her purse will put an end to COVID19 in the United States, but ultimately thinks it will end Corona Virus on a global scale. She says she never takes it out of her purse, regardless of how heavy the purse has become.

“My boyfriend makes fun of me all the time, saying my purse would be less heavy if I took out a crystal or an essential oil… but he doesn’t get it – I’m trying to save the world here.”

When I asked Smith what she’s been doing to keep herself occupied during quarantine, she thought for a moment. She listed a few typical things like sharing  inspirational quotes with her 15,000 Instagram followers, baking homemade sourdough, and crocheting. She then gets really quiet, as a smirk wipes across her face.

“Oh and there have been those underground sex dungeon parties… they’re usually on the second and fourth Wednesday of the month. There’s about 30 of us, it gets pretty weird. You couldn’t even imagine how many seafood flavored Ramen packets we go through!” (Editors note: I was afraid to clarify what Rachel meant about the Ramen packets, so I let it go. Your confusion is likely equivalent to my confusion.)

When I asked Rachel how her and the other sex party attendees manage to protect themselves from COVID, she laughs.

“Well, I always duct tape my crystal to my heart chakra. Also we use condoms and spermicidal lube.”

Smith believes this crystal has vibrational healing powers which will cure COVID. She plans to bury the crystal somewhere in the city later this week. She hopes the vibrations will heal all of Tampa, permeate into the rest of Florida, and ultimately the entire world.