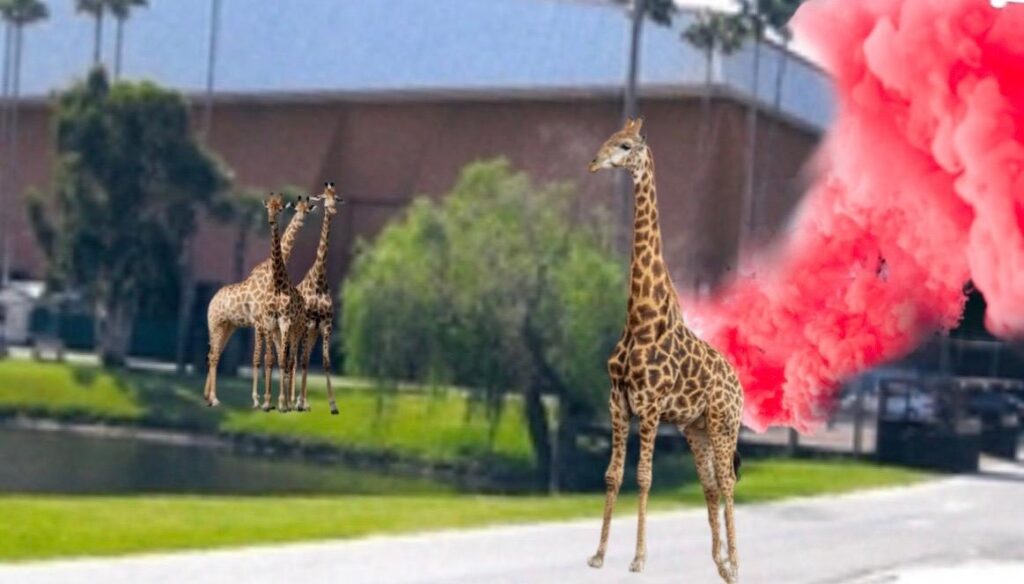 The State Fair was shut down after Lucy the giraffe released vaginal flatulence which caught fire due to the new fire breather freak show exhibit being pushed closer to the giraffe enclosure due to budget cuts.

The gaseous ball of flame engulfed the entire tent in fire within moments, luckily Lucy, all the other animals, and the freaks, were all able to safely make it out of the burning tent.

The fire grew and burned up all the impossible fair games, revealing metal structures and contraptions which render the games unbeatable.

The clowns tried spraying the water from their flowers to put out the flames, but it was not enough.

The expo center was saved because they dumped out all the hot tubs and that quenched the flames, sparing all the custom magnetized jewelry.

“No!” She said, then ran away, scowling back at me for even asking.

“What, I just wanted to have the freedom pen, I want one!” I shouted.

“Are you talking about freedom pens?” A voice rang behind me.

I turned to see who was addressing me and said, “Yes, I’m talking about freedom pens.”

“Oh you’re never going to get one of those.” The stranger laughed with a smirk, face mostly covered by a lowered black suede cowboy hat with indian inspired trim around the brim.

“I’ll show you why.” The man said, tilting his head up now, locking eyes with me, big wide-eyed psychotic eyes ripping diggers through me, making me feel like I’m not safe anymore and something bad is probably going to come of this…