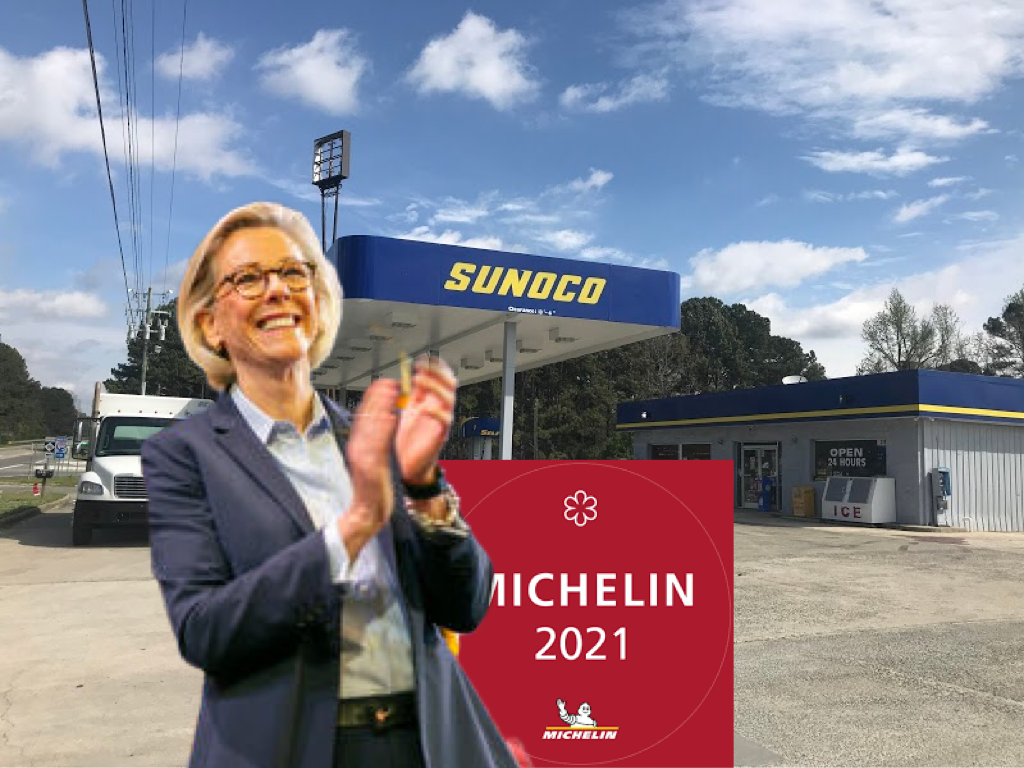 Thanks to a multimillion-dollar deal between the state tourism marketing agency Visit Florida, and The Michelin Group, restaurants in Tampa can now qualify to receive one of the world’s most coveted prizes.

Founded in France by a bunch of dudes who were really picky about cheese, Michelin stars have become the best way for restaurants to let poor people know that they aren’t welcome. Once a year, judges release a list of restaurants they deem worthy of their approval.

“I have customers who eat breakfast, lunch and dinner here every day,” said Sunoco deli attendant Marco Rico. “People tell me my sandwiches deserve Michelin stars and it’s about time Tampa started getting recognized for champions who aren’t athletes.”

The Sunoco gas station deli in Ybor City was visited by a team of judges who sampled the entire menu.  Based on their evaluation, the judges determined that the Sunoco deli had the world’s best fried chicken gizzards and boiled peanuts.

“Honestly, I don’t do this for the accolades, but it does feel nice to be recognized for my hard work,” said Rico during his Michelin star awarding ceremony.

Tampa joins a small elite circle of American cities to be featured in the guide.  As part of the agreement between The Michelin Group and Visit Florida, only restaurants in Orlando, Miami and Tampa can qualify for the stars.

To expand the awards jurisdiction, St. Petersburg, Plant City and Dunedin have decided to ratify their cities constitutions and join the City of Tampa to become one large city.

“We feel this is the best thing to do if we want to increase our chances of receiving Michelin stars,” said now-former Plant City mayor Cuzin Foker. “We have so many great restaurants that just aren’t in the proper Tampa area as originally described in the proposal from Visit Florida, so we went ahead and fixed all that.”

During a city uniting ceremony, Tampa mayor Jane Castor strapped herself into a chair and absorbed all the political powers from the politicians in attendance.

“While I wasn’t expecting to have to worry about an area this large, I feel like I am the best person to wield this power and I will do everything I can to bring some more Michelin stars to this great city,” said mayor Castor before taking off into the sky using her new political powers of flight.

So far The Michelin Group has only awarded a star to the Sunoco gas station deli and no word on any other winners coming any time soon.