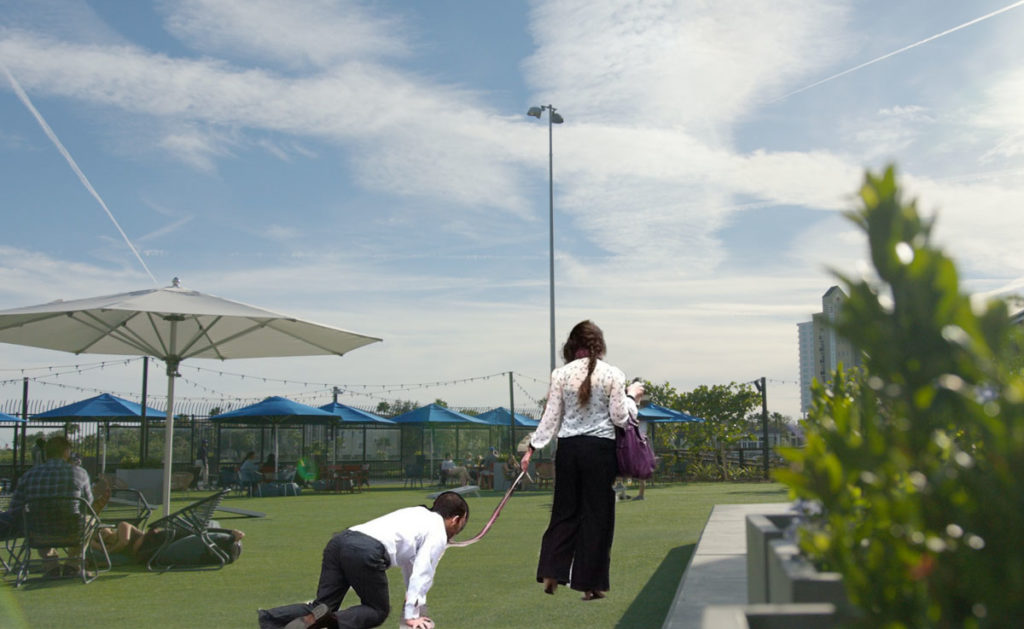 Between an arts festival and a music festival, there will now be an official, “Gasparilla Kink Festival” inviting Floridians and international guests alike, to celebrate “kinkiness.”

“Yea, we’re just trying to ride that ‘Gasparilla’ brand-wave,” says CEO of Exploitation Wave Capital, a hedge-fund based out of New Jersey. “We see what’s hot, what’s trending, we hop on the brand as tightly and legally as possible, so we can infringe upon the audience they’ve built, but also not get in trouble for it.” He shrugs. “My cousin Michael Cohen, yea, that one, he taught me everything I know, some good, some bad, but you know, second generation, I get to learn from his mistakes and lead by example.”

He pounds on his chest. “I am the alpha!” He shouts in an innocently-happy enthusiastic way.  “We’re hoping to pretty much just scam people! Like Fyre fest except worse!” He turns into a bird and flies away.

The Gasparilla Kink Fest will be taking place at the Marriott Hotel in Downtown Tampa. Sexual perverts are expected to overrun the city for “up to 5 days depending on the turnout.”

“We don’t know what they’re going to do in the ballrooms, we don’t know what’s going to happen in the rooms, all I know is they paid double what we asked, as long as we promised not to interrupt whatever they’re doing in there.” Cindy starts tap-dancing, “I’m dreaming of that kink-fest money!” She sings.

“Listen, they can do whatever they want to do,” Cindy says. “As long as they keep giving me the green,” she holds up blue hundred-dollar bills. “They don’t need to be clean.” She starts dancing as if party music is playing but it’s not. “Give me a kiss.” She says.

“What’re you crazy?” I say. “I’m here on assignment, if my boss ever found out I did some hanky-panky while I was on the job I’d get canned for sure! And I need this job! My cousin has surgery next week!”

Cindy grabs me by the wrist. Hard. I can’t move, I’m paralyzed with fear. She looks me deep in the eyes and says, “You’re going to do what I say, and that’s that. Do you understand?”

I gulp and shakingly nod my head.

Just kidding none of that happened, and Cindy would probably be mad I even made up that story. She’s actually really uptight in person, which I shouldn’t even be mentioning! Oops!

Anyways, there’s some sort of kink convention thing happening at the Marriott sometime later this month or year, I really phoned-in this one, I’m sorry. I don’t have many details, and honestly, I don’t care to find out. It’s been a long day, my wife’s been in-and-out of labor for the last 3 days, and honestly I don’t even think it’s my kid. She slept around, a lot. And that’s putting it nicely. But that’s neither here-nor-there.

Gasparilla Kink Fest. Coming your way soon. Keep an eye out Tampa Bay. Or keep your eyes-wide-shut! If you know what I mean. (Wink.)