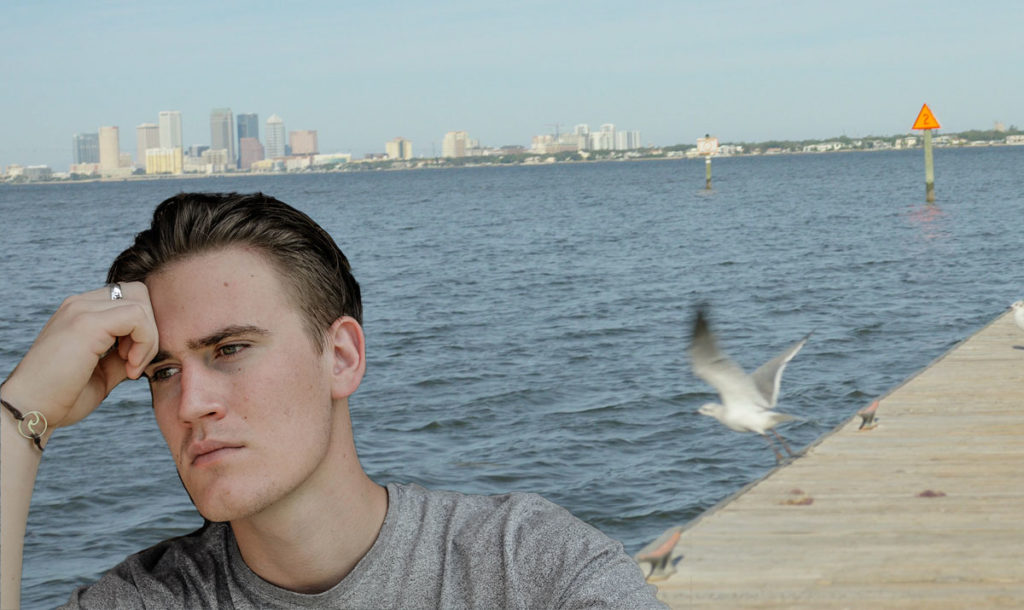 Local insurance adjuster Mike Frimpton, a resident of Port Richey for over 30 years, simply can’t believe he doesn’t know a single person who owns a boat.

“What the hell?” Frimpton asks rhetorically, “I live in a place that’s surrounded by water to the west and on all four sides, eventually if you go far enough east, north and south. Shouldn’t I know somebody with a boat?”

“Me, the wife and kids drove over an hour to wedge into a hot, miserable parade crowd on Bayshore. At one point, I turned around to puke and saw all the people partying on their boats. I thought, ‘boy, this would sure be a lot more fun out there’.”

Even prior to Gasparilla, Frimpton has suffered annoyance caused by the lack of boating enthusiasts in his social circles.

“Not one fisherman? Not one waterskier? Not one pleasure cruiser? Here? In a goddamn aquatic sports paradise?”, he muses as he kicks some dried-up dog turds into a neighbor’s yard. “What a bunch of worthless lowlifes.”

Frimpton thinks that besides being some sort of statistically-impossible anomaly, the situation is somehow unfair to him personally.

“I slave away in a cubicle all week. I should be able to call up at least four or five people I know on a given Friday afternoon and say, ‘Hey, how about taking the Chris-Craft or whatever out this weekend?’ and at least one of them saying yes.”

When asked why Frimpton hasn’t just bought his own boat he could use any time he wants, he answered, “Are you kidding? Everybody says boat ownership is a huge hassle. Between the cost of upkeep and storage, plus a bunch of worthless lowlifes constantly wanting to hang out on it, it’s a major pain in the ass. Who needs those headaches?”