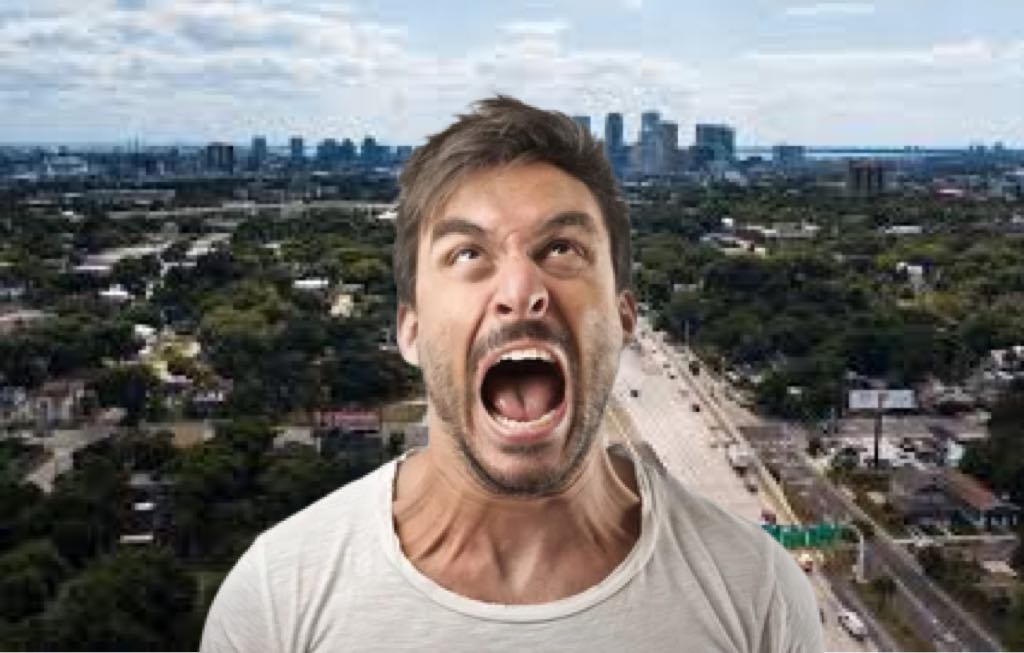 Tampa Bay tourist destinations have a long history of presenting spooky Halloween installations, such as Busch Gardens Howl-O-Scream and Zoo Boo at The Zoo at Lowry Park, but a new, genuinely terrifying installation is set to open tomorrow: I-275 Expansion.

“We’re calling it that because like any great horror experience, it seems like something good at first but quickly reveals itself to be full of malevolence”, said Florida Department of Transportation (FDOT) spokesperson Laine Changeling. “Like Sleepy Hollow or Silent Hill. Those sound like nice places, right? But they’re not. And neither is this.”

The DOT will begin work on Monday, October 24 with the intent of adding lanes to I-275 between the Interstate 4 interchange and Hillsborough Avenue and immeasurable levels of frustration and certifiable madness to the lives of commuters who utilize that already heavily-congested stretch of highway.

“Wow, my daily commute already stresses me completely out! I wouldn’t have guessed it was possible to somehow make it even worse, but I’m not surprised they figured out a way to do just that”, said motorist Dan Maxwill, as he intentionally crashed his car through a barrier and off the overpass at Floribraska Avenue, resulting in his own fiery, twisted metal death.

Crews will add one traffic lane in each direction over the approximately 2.5-mile route, within the existing center median. The project will cost $85.3 million and is expected to be completed some time in early 2026. The addition of the lanes will eventually reduce the travel time over that route from 35 minutes to 38 minutes, which you undoubtedly noticed is actually an increase of three minutes and not a reduction at all, because by then, even more people will live here and traffic will be incrementally heavier, making the perceived benefit provided by the additional lanes negligible at best.

“You called this ‘an attraction’. How is this in any way an attraction?”, asked commuter Linda Swivelton. “It’s a highway. A terrible, terrible highway and now it’s going to be even worse! I have to take it to and from work. I hate it!”

In addition to the new lanes, the work on I-275 will include the installation of noise barrier walls.

“That will be necessary because there’s going a lot more blood-curdling screaming”, said Changeling. “We’re looking to dramatically fuck up the quality of life for a whole bunch of people for a long time.”