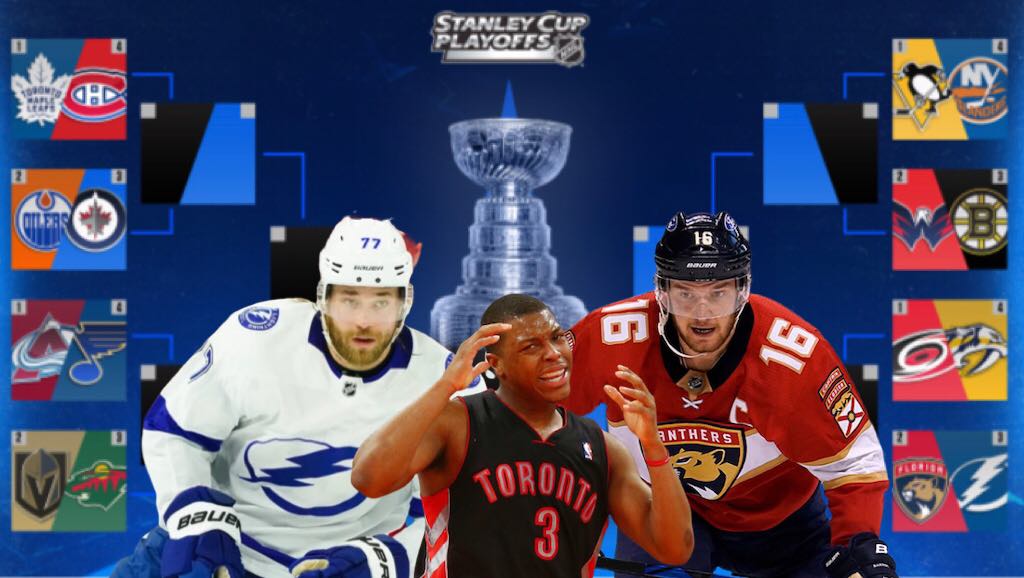 For the first time ever, the Tampa Bay Lightning (36-17-3) and Florida Panthers (37-14-5) will square off in the NHL’s Stanley Cup Playoffs, with Game 1 of the first round taking place in Sunrise, tonight at 7:30pm.

The Lightning’s first season was in 1992 and the two teams have been in the league together since the 1993-94 season. But in spite of their geographic proximity, a true rivalry has never developed, due mostly to the fact that neither have been championship competitive at the same time until this season. Usually, one of the two teams has been among the worst in the league. Frequently, both teams flat-out sucked.

The Lightning didn’t play great down the stretch of the regular season, finishing behind the Panthers in the standings, but they were without both Nikita Kucherov (who’s been out all season) and team captain Steven Stamkos, arguably their two best offensive weapons, due to injuries. Both are expected back for this round.

The Lightning enter the series with much more recent postseason experience, having qualified for the playoffs in seven of the past eight seasons with two Eastern Conference Championships and a Stanley Cup during that period. Meanwhile, the Panthers have qualified for the first time since 2016 and haven’t won a playoff series since 1996, when games were only available on AM radio and black-and-white television.

Also, the Panthers goalies are Chris Driedger and Spencer Knight, neither of whom has ever appeared in a playoff game, and Sergei Bobrovsky whose career postseason save percentage is a LOL-worthy .902, while the Lightning’s Andrei Vasilevskiy is one of the best goalies in the world universe.

We believe the Lightning will win the best-of-seven series in five games and the fact that a playoff series is being played exclusively in the state of Florida will result in the heads of several old people in Canada spontaneously exploding.

And oh yeah, speaking of the playoffs, the NBA’s Toronto Raptors (27-44), who have been playing their home games in Tampa this season didn’t make it.

TORONTO RAPTORS SCHEDULE
Sunday, May 16: vs Indiana Pacers in Tampa. 1 p.m. (who cares?)