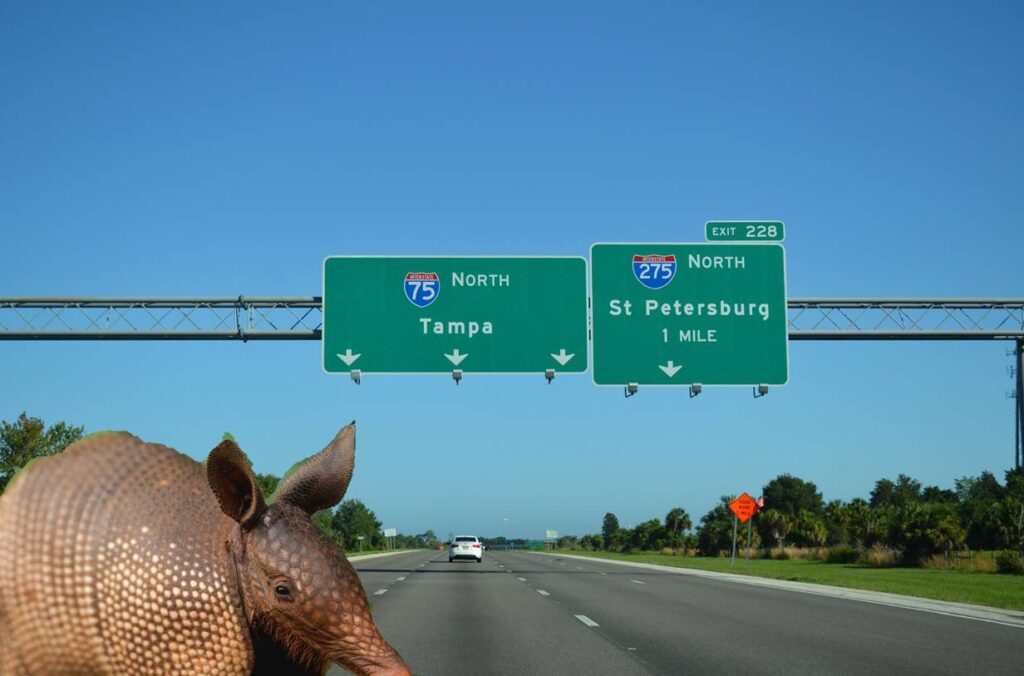 A local organization is now selling the right to officially name animals killed by vehicle traffic on Tampa Bay roadways.

Modeled after the highly successful International Star Registry, the Tampa Bay Road Kill Registry, based out of an office behind that one hookah lounge in the strip mall in Temple Terrace, offers products suitable to be offered to loved ones and bitter enemies as gifts or gestures of contempt or both.

The organization’s president, Bimm Zobway says, “Like the ancients before us, people worldwide are moved by dead animals in a very personal way. Whether we would like to know how to purchase one as a gift for a sweetheart, or name one as a lasting memorial, there is no greater honor than writing one’s name among the carrion eventually consumed by buzzards and such. And now you can do it for your daddy on his special day too!”

“For hundreds of years, mankind has been hitting and running over critters tryna get from one side of the road to the other,” he says disgustingly. “Starting in… oh, I guess like three weeks ago, the Tampa Bay Road Kill Registry made the deceased critters available to anyone wishing to name one of ’em. The road kill names are indexed alphabetically in our road kill catalog with their corresponding highway mile markers and/or GPS coordinates and are permanently recorded in our published, copyrighted listing of named road kill”, he said. “Basically, it’s an Excel spreadsheet.” He added, “Look, if people are stupid enough to fall for buying stars, who’s to say this can’t work just as well, if not better? Cash Grab Magazine has already rated us one of the top start-ups of 2020! Of course, there’s not a lot of businesses starting up these days, but still. We’re among the elite, thanks to varmints squished on a street.”

Sam Plweib of Brandon is a somewhat satisfied recent recipient of one of the registry’s gifts. “The grandkids are always saying real hurtful shit to me all the time. On my birthday last week, one of them said,’Pop Pop, you look like a armadillo that met the wrong end of an 18-wheeler… and now we got proof!’ So we hopped in a car and drove out near the 75/275 junction last Saturday to look at it. They were pissed that there was nothing there but greasy tire tracks when we found the spot – I assume some scavenger made off with it prior to us getting there – but clearly something had died there so they couldn’t demand their money back. Serves the stupid little pricks right. I laughed my ass off. Best birthday in years!”

“That’s a pretty typical experience”, says Zobway. “Look, we can name ’em, but we can’t stop other animals from eatin’ ’em, and then getting hit by cars themselves in the process. That’s just the circle of life. Happy Father’s Day, suckers!”