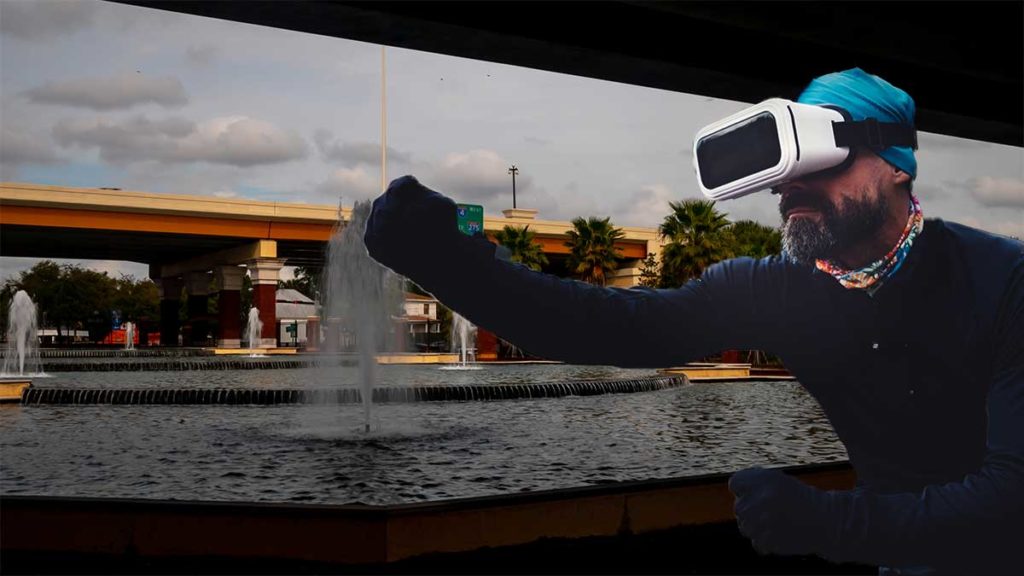 The city of Tampa is being turned into an immersive video game set to release on all gaming platforms in time for the holidays.

“It’s gonna be awesome,” says Mike Turbo, 36-year-old video game designer who tries to act like he’s 15 and living in 1988. “You can actually play the entire city! Gnarly!”

Players will download the virtual reality environment and then assume various avatars, which is something I think sounds like how to describe a video game but I could be wrong. I used to have a PlayStation. I played sports games on it.

“The avatars are what I’m most wickedly proud of, bro. You can play as actual citizens of the area. The Senator, Pam Iorio, John Morgan, Hulk Hogan, Joe Redner, Bob Ybor or whoever they named Ybor after. I’m so stoked!” He says stokedly.

Presumably, one will be able to navigate these avatars through the city as one would in real life.

“Totally!” Screamed Turbo. “Play as a busted stripper and crash someone’s wedding at Sacred Heart Catholic Church to demand child support from the groom for your meth baby. Or play as the owner of Bern’s Steakhouse, steal the menu of Checker’s and drive both of those institutions into the ground. Or play as a county commissioner and drag your feet on proposals to upgrade public transportation into something practical and affordable in order to lessen traffic on our overcrowded roadways! Or steal the Rays and make them play their home games at the airport. Nothing will be out of bounds, dude!”

When I asked him what the objective of the game was, he shrugged his shoulders, turned his TPA Rays cap backward, took a bite of a Bern’s Big Buford, gagged a little and said, “Wreck shit and get paid, I guess.” Then he winced and said, “Oy, my cholesterol.”

‘Tampa: The Video Game’ is scheduled to be released on November 29, the day after Thanksgiving. Expansion packs for St. Petersburg, Clearwater, Brandon and other Tampa Bay regions will be released periodically in 2020 and beyond.