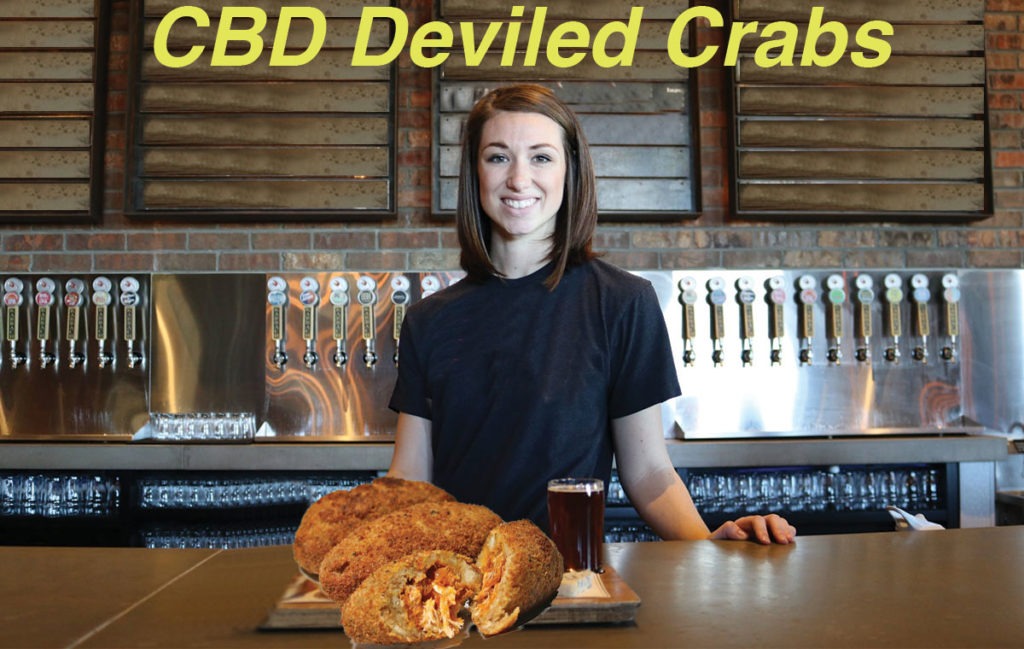 A local neighborhood cuban restaurant that has remained family-owned for many generations, is causing a buzz in the community with their new CBD-infusion technique that adds a little chill to their hot and home cooked-style meals.

“We got to stay ahead of the curb in this environment,” says third generation restaurant owner and CBD enthusiast Edgar Mercialago.  “If my grandpa knew I was putting all the good stuff from weed that doesn’t make you all paranoid and shit in abuelas deviled crab recipe, he would beat me with the belt I have on and send me back to work with my cousins on the island.”

Mercialago laughs, and lightly play boxes with me, “you wanna spark up?” He asks invitingly.

“Sure,” I say, not exactly knowing what I had agreed to.

I followed Mercialago to the back of the restaurant and into a utility bathroom/closet, he searched around for a box and pulled out a sandwich bag with the largest amount of marijuana I have ever seen.

“Smell that,” he says while holding a ‘bud’ up to my face, I pretend to take a big whiff of it. “Real good shit man, I’m telling you.”

“Is this the stuff you put in the deviled crabs?” I ask.

Mercialago laughs, “If I put this stuff in the empanadas, man, are you crazy?”

“True that, well if you want a real story I got these edibles here you can try,” Mercialago pulls out a bag of gummy bears and hands it to me.

After eating three or four of the gummy bears Mercialago tells me to be careful and not have too many at once. My eyes perk up as if something is wrong. Next thing I know Mercialago is asking me for $50, I take my pants off and toss them at him before running out the restaurant and into the street.

Onlookers scream and scatter out of the way as I begin removing more articles of clothing and running on top of a line of parked cars, stopping only to relieve myself on top of a Hummer H2.

After a few moments, my relief session was interrupted and I woke up in a hospital room. The doctors told me I had ingested a combination of heroin, meth, rat poison, butt injection and horse laxatives.

The CBD-infusion craze has caused much excitement for the community and kitchen experts in town. Although my experience trying to consume edibles was not pleasant, this should not detract would-be foodies who crave a good time.