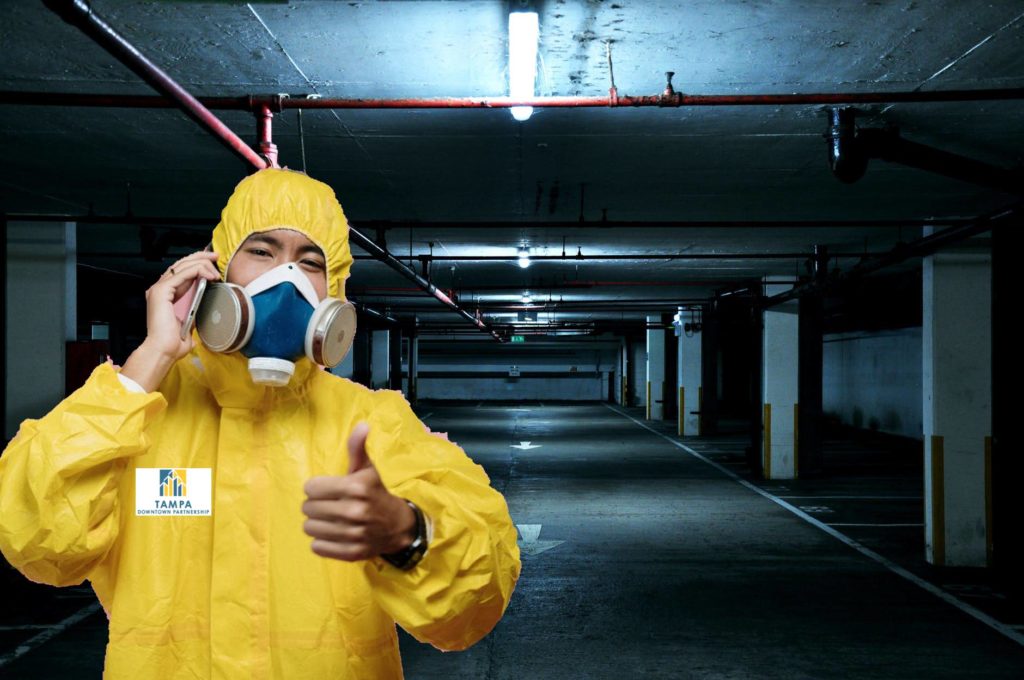 The Tampa Downtown Partnership, a coalition of civic leaders designed “to be the steward of downtown Tampa, while cultivating effective public/private partnerships to facilitate catalytic physical and economic development”, is excited about the newfound availability of parking.

“It’s never been better”, exclaims spokesperson Krig Neville. “It’s certainly never been easier to pull right up in front of one of your favorite stores or bars or restaurants or live entertainment venue, of which there are literally some, park the ol’ hooptie and hop right out! But, ah, don’t do that. You know, with the current, uh, situation.”

I asked what the point of making this announcement is and also why am I the only member of the media in attendance at this press conference being held on the third level of the Pam Iorio Parking Garage. “The point is we take a lot of flack from people who say downtown Tampa sucks, and our counterargument to that is ‘no, it doesn’t’. It’s not a particularly effective argument because we still have blocks of shuttered, abandoned buildings, but at least when people complain that the parking situation deters people from coming downtown, we can say ‘no, it doesn’t’ without giggling. For now.”