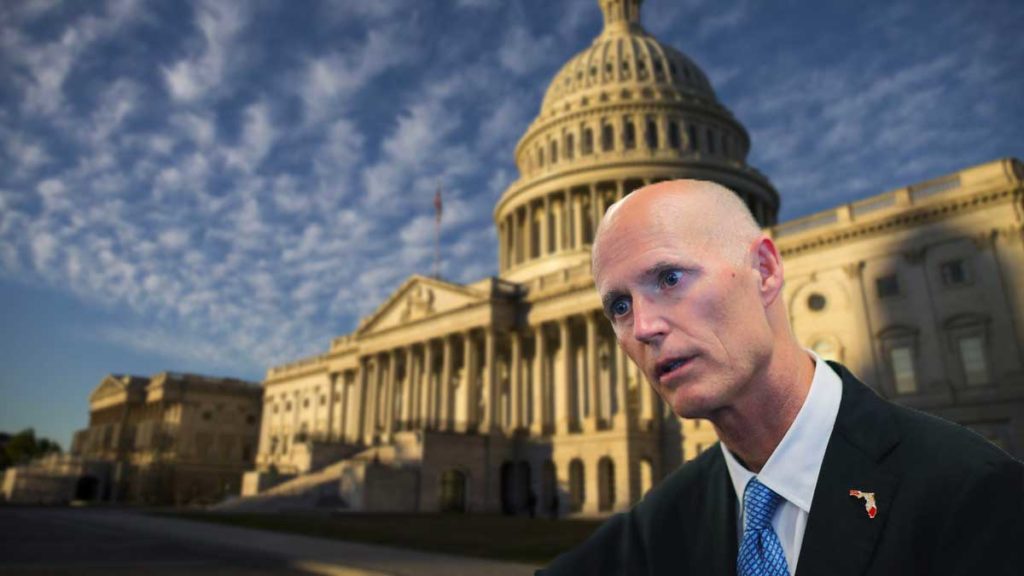 Citing the passage of a socialist inspired bill that will provide poor Americans assistance during the current crisis, Florida Senator Rick Scott has put in his two weeks notice and is leaving the U.S. Senate.

“I can’t in good conscious support the communist socialist agenda being touted by President Donald Trump,” said Scott, who made his money by scamming Medicare.

The self-proclaimed shady fuck boy has spent over $100 million to convince people in Florida to vote against their own self-interest, and he was elected Florida Governor twice with less than 50% of the vote each time.

As the Governor of Florida, his plan to lower unemployment claims involved making people pay for their own piss test to prove they weren’t using their benefits to buy drugs.

One of his first acts as governor included cutting education spending and killing a proposed high speed rail project. Many years later he invested in the company that is currently building said high speed rail, which would have been done and operational by now.

Rick Scott’s idea of a good time is accepting money from private prisons that make money off slave labor.

Rick Scott’s last name isn’t even Scott. It’s Meyers, and his middle name is Lynn. Unfortunately for the people of Florida, the State might never recover from his policies which were designed to maximize profits for him and his friends.

The people from Florida will always be screwed and enslaved to shit fuckers like Scott. Young people in this State will never rise up and realize that they can make things better for everyone by doing a simple thing called voting for someone that isn’t a God Damn crook.

Fuck Rick Scott, he’s a bitch boy bastard that deserves to rot in prison. He’s a lying piece of shit that hides behind calling people Socialist, and he hopes you are too stupid to do something about it.