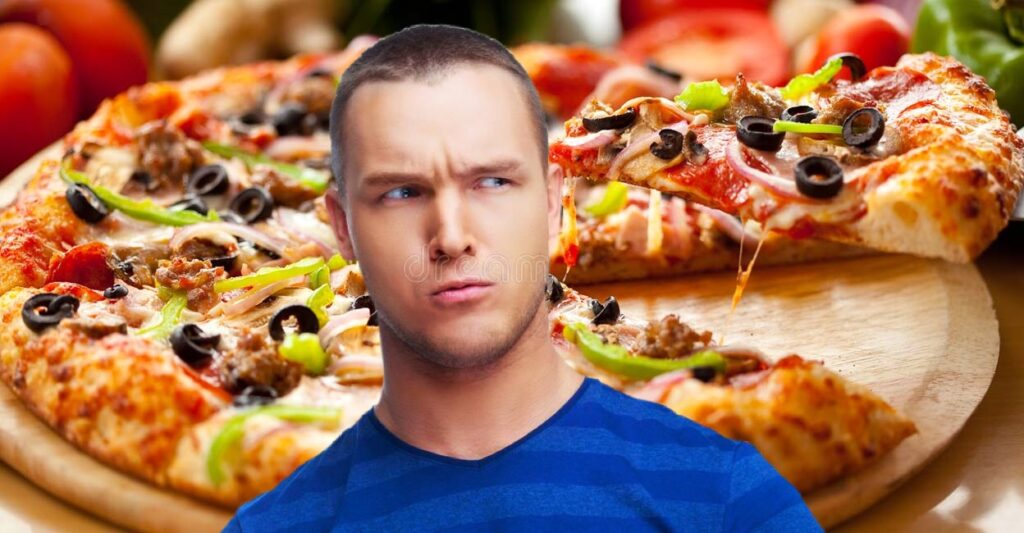 Craig Guiles of Tampa is among a very small minority of people who don’t like pizza.

“It’s not that I don’t like it; it’s delicious”, he said. “But I don’t trust it and that makes me not like it. Of course it’s delicious; that’s how they get you.”

“Sure, it tastes good. The easiest way to make the masses think something is good is by making it good. Come on. Think, man!”

“If there’s anything I’ve learned in the last year, and even that is debatable because who really knows?”, he queried. “Wait, what was I going to say?”

“Oh yeah. What I believe I’ve learned is to question everything. Don’t accept anything at face value. Always dig deeper because the truth is never what someone else tells you it is.”

He continued, “Take a good hard look at pizza. Nothing gets to be that universally popular without some dark history. What’s hiding under that gooey mozzarella cheese and tangy tomato sauce? And who’s covering that up with pepperoni and mushrooms? What do they have to gain? Just follow the money.”

When asked what he thought the desired end result of any sinister conspiracy falsely propping up the popularity of pizza could possibly be, he said, “Oh, I have no idea. It’s not my responsibility to think these things through to their conclusion. I’m just a guy out here asking hard questions and trying to get others to do the same.”

In a weird, ironic and ultimately tragic coincidence, it was at that exact moment a Papa John’s delivery vehicle’s brakes failed, jumped the curb and ran him over at 45 mph, killing him instantly.