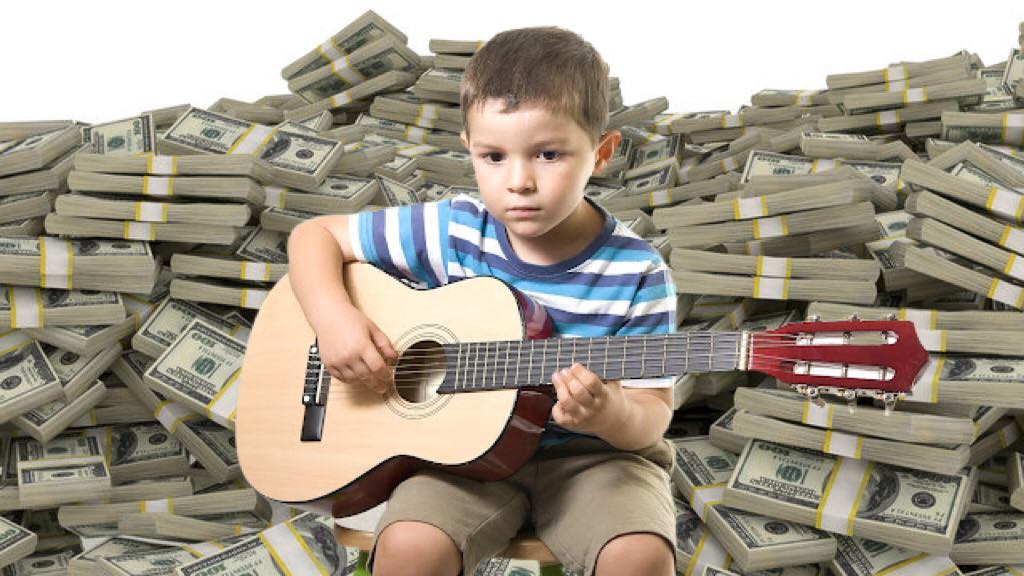 Dunstin Banks, a guitar prodigy out of Riverview, Florida, has cancelled himself ahead of a major record deal he was about to receive. Banks, a 12-year-old musician who’s been a virtuoso in numerous instruments since the age of 4, had been discovered after every single one of his Tik Tok videos received over 100 million views.

“I started making videos of me playing piano, and violin, and guitar.” Said Banks, as he sat at the kitchen table of his parents house, taking frequent sips of juice from a box, dangling his legs off the seat of the chair.

“Some music executive guys came to my house and talked to my parents, then explained to me, that if I just signed this contract, I could have a 100 million dollar advance, and I would never have to worry about anything again.” Banks explained.

“But I read the contract, and it basically said they would own my soul.” Banks looked up at me and his eyes got wide.

“The contract stated that they would have full control of my likeness and my right to an attorney and that I would have to perform the way these people wanted me to for the next 60 years. It even said I could be forced to ‘marry my handler’ whatever that means.” Banks shook his head.

“So I recorded myself saying the N word and I shared it on social media.” Banks said.

“Mateo even held the camera for me when I said it, he understood why I had to do it, I just don’t want to end up in a creative stranglehold, I’d rather make music I love and care about, and do something like be a zoo keeper as a full-time gig, and do my music on the side, and stay true to myself and my fans.”

Banks speech blew me away, I was left speechless. I took a minute then composed myself and reacted.

“I wish I could do that, but unfortunately I don’t have pure talent like you so I’m forced to shill myself to the public because I just don’t have the self security to stay true, I need to bang my head with a hammer so people will laugh at my futile attempts.”

Banks seemed kind of repulsed hearing my say that.

“Cool man, yea you do you.” Banks said, giving me a side-eye, then taking another sip from his box of juice.

His parents escorted me out shortly after that moment.

So be on the lookout for Banks amazingly original sound and look forward to my next article where I set myself on fire while trying to lip sync Jimmy Fallon’s new Christmas song. Yes, I’m doing those things for a written article, nobody can even see or hear it, but you’ll read about it. Exciting!