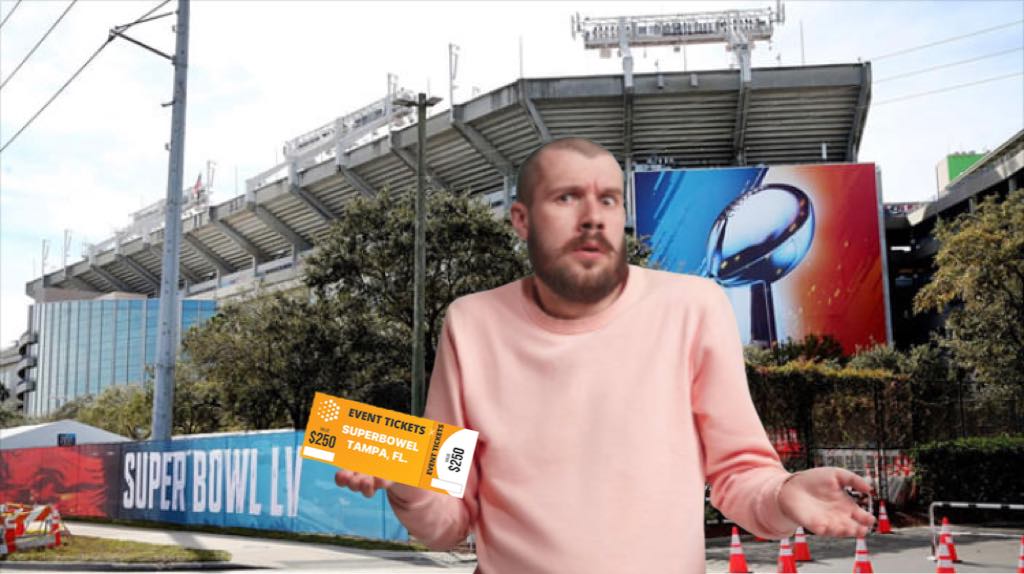 Scott Nurkington of Tampa bought a ticket to attend Super Bowl LV, held in Tampa at Raymond James Stadium on February 7th, but missed the event because he didn’t show up until yesterday.

“I’m not the biggest sports fan but this was a big deal and I thought it would be fun to check out”, he said. “I drove by last Sunday but it was really busy so I figured I’d just come back when the crowds die down. There’s no way something with all the hype surrounding this thing that would be just one day but I guess it was. I can’t believe it.”

He said he’s especially disappointed because he spent a lot of money on his ticket, which is now invalid.

“Like I said, I’m not a sports fan and I also don’t attend concerts or that kind of thing so I never buy tickets”, He lamented. “But I considered this a once-in-a-lifetime opportunity so I went big and spent $250. There’s no reasonable way that any kind of big event tickets cost more than $25 each so I knew this had to be something really special.”

He was encouraged when he showed up at the stadium Monday morning when he found an abundance of free parking spots available, but that quickly turned to disappointment when he walked around and saw nothing but crews of workers disassembling tents and other temporary structures.

“I watched them work for a while and I can’t say that wasn’t interesting, but it definitely was not $250 worth of entertainment.”

He said he hopes to get at least a partial refund from the professional broker who sold him his ticket.

“That would be only fair and the right thing to do, from a customer service standpoint”, he said. “So far I’ve gone to the Citgo on Nebraska Avenue where I met him the first time and he hasn’t been there. I think he said his name was ‘Skids’ or something like that. Nobody there seemed to know him, including one guy who kind of resembled him except he was wearing sunglasses and an N-95 mask.”

“He might be busy because I’m sure I’m not the only person this has happened to.”