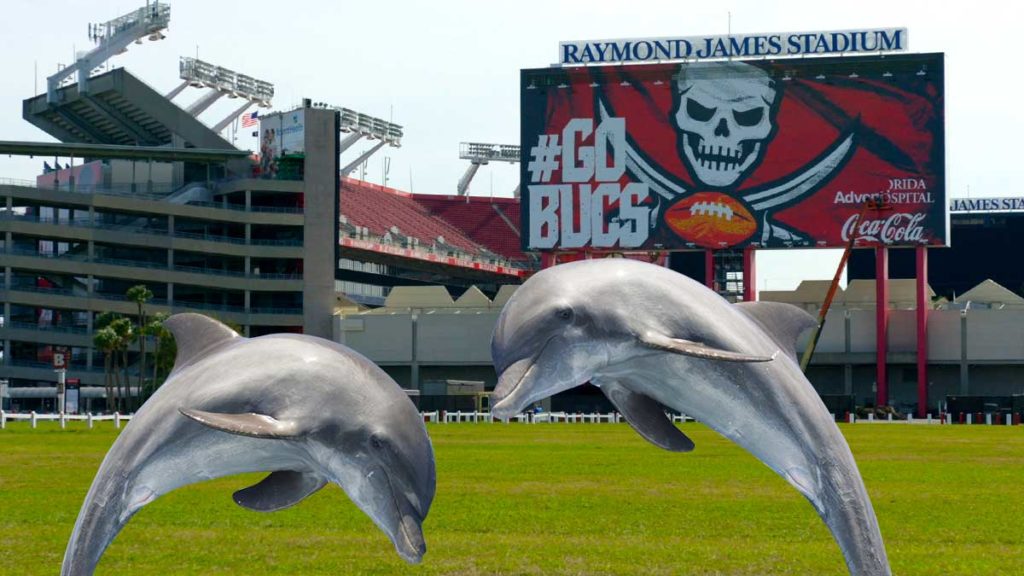 A wild pack of Miami dolphins have swam from south-east Florida, all the way up to the Tampa bay, claiming it as their new full-time home.

“These dolphins used to live in Miami.” Said senior marine biologist, Becky Crenchky as she chewed a large glob of Hubba Bubba bubblegum.

She spits the gum into a tin on the floor.

I follow her down a long hallway in what seems to be an infinitely long corridor which I just can’t seem to see the end of.

“To the dolphin corridor!” She says.

She grabs my hand and begins leading me towards a bright floating light.

“It’s beautiful!” I say, placing my hands on either side of it, basking in it’s glory. My hands accidentally touch the ball and get stuck like it’s some thick gooey adhesive sludge. I try to pull my hands off the ball but they only get stuck further, deeper into the glowing white orb.

“AHHHHHH!” I scream into the marine biologists’ face.

“WHAT IN THE HELL IS HAPPENING!” I shriek.

“Oh you really did it this time.” She says.

She takes aim with her cross bow towards a silver keyhole in the wall.

Her crossbow fires some sort of velvety-lavender streak of energy into the silver keyhole, and the glowing orb releases my hands.

“Wowy Zowy!” I say in delight.

“You just freed my hands from the glowing orb’s grip!” I smile.

“You’re right I did just free you from the glowing orbs’ grip!” She says back to me. Also smiling.

“Anyways, that’s not what I wanted you to check out, I was trying to show you that the phrase ‘Miami Dolphins’ is already a famous professional football league team name, so it might not be good to use that in the headline of your article especially if you’re implying that they’re moving to Tampa, because odds are some people might think that you’re referring to the sports team and not actual dolphins swimming up to Tampa.” Crenchky said.

“You’d have to be a real dumb fucking idiot to believe that a Tampa News Force article was ‘real news.’” I say to her as I flip the middle finger. “Especially considering the first half of the article.” I continue to pile on.

“For you to read about some glowing orb capturing my hands then continue reading and thinking this is still about an NFL team moving to Tampa, then yes, I think you would be a dumb dumb crumb bum idiot butt face.”

“Now come here and give me a kiss.”

But I don’t. Because I have a girlfriend and I’m faithful to her even in fictional scenarios. Which gets Crenchky even hornier. But I still decline. Even though she’s super hot. Not by my standards, subjectively, I would say she’s unattractive, but conventionally she’s just so put together it’s kind of rude even to deny her beauty. I mean she’s utterly stunning. Wow, I mean now that I get another look at her…

Anyways, some dolphins moved up the coast or something, whatever nothing is real Santa is Jesus, the beaches are going to recede and the octopi are going to colonize.