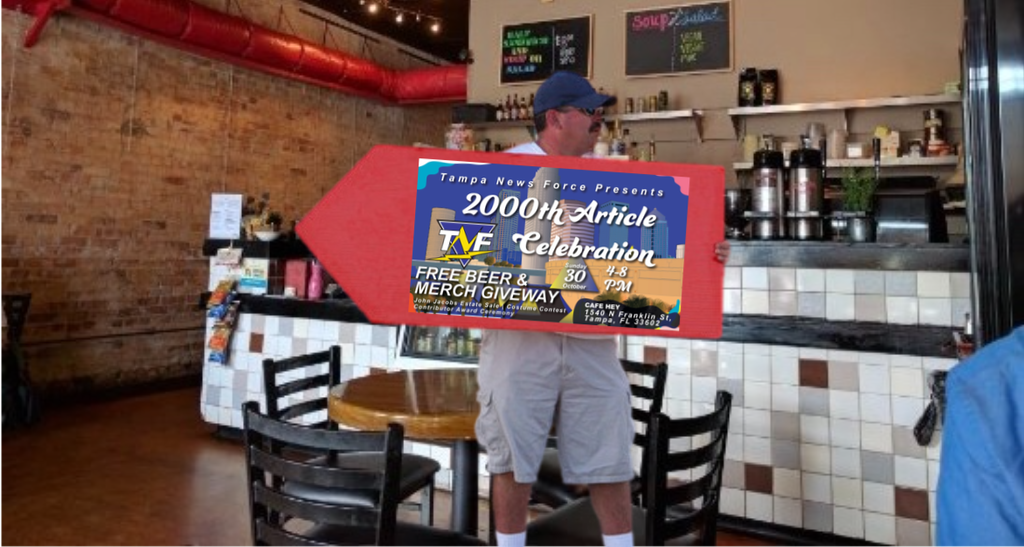 “We hired Joe to spin a sign to draw some visibility to the event, you know, really flamboyant, elaborate dance routines like you see on TikTok and YouTube. But he wouldn’t spin it. He’d just stand there and hold it,” said Mike Rivers, TNF Director of Firing People Who Don’t Do Their Jobs. “Plus, he wouldn’t even do it outside. He’d just hang out inside Café Hey, where everybody probably already knows about it. Not going to be seen by a lot of potential attendees that way.”

“It’s hot outside,” said Blanc in his own defense.

“I’m a 46-year-old sign spinner with no sign to spin. This sucks, losing a job this close to the holidays,” he added. “If I had anybody in my life to buy presents for, I’d feel really bad.”

“People shouldn’t feel too bad for him; we were going to fire him Monday morning regardless,” responded Rivers. ”You know, the day after the TNF 2000th Article Celebration / Free Beer Estate Sale Costume Contest because it’ll be over and paying someone to market an event that’s over, well, that’s just a stupid way to run a business.”