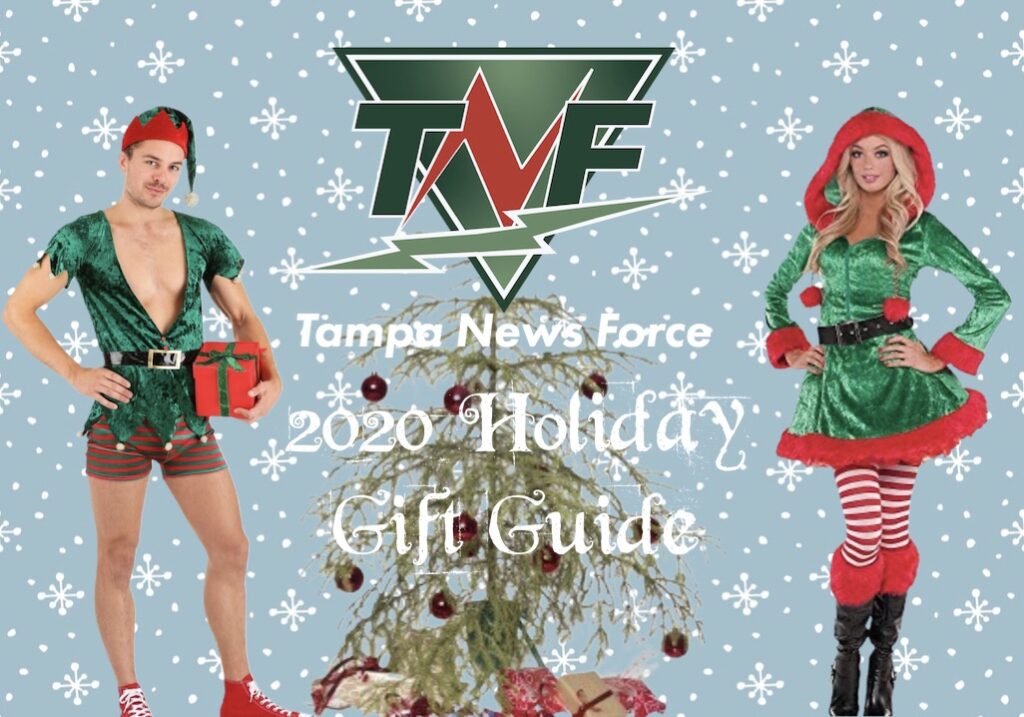 In order to help you shop for gifts this year, we’ve enlisted the help of Vixxxie the TNElf, and her stupid boyfriend Brad, who have gathered a selection of items for sale from some of Tampa Bay’s best comedians.

“Hi everyone! I’m Vixxxie the TNElf and I’ve found some just wonderful products that anyone would be happy to receive as presents, all from some of the most talented and gifted people in the Tampa Bay Area! Golly, I sure love the holidays and I sure love these hilarious comics! The opportunity to help them make some money is my favorite thing! It makes me so very happy!”

Shut the fuck up, Brad.

“Golly, so many beautiful things from so many terrific, talented and hard-working people! I wish I could buy all of this merchandise. Unfortunately, elves don’t make that much money, especially when they have to financially support their boyfriend’s career aspirations to be a DJ. Still, I hope everyone has a simply magical holiday season, surrounded by love and happiness! Bless us all!!”

Vixxxie, you are truly a source of warmth and light in an increasingly cold and dark world! Thank you for being you!

“I’m on the ‘Gram as DJ BradgeOfHonor. Be sure to check out my podcast.”