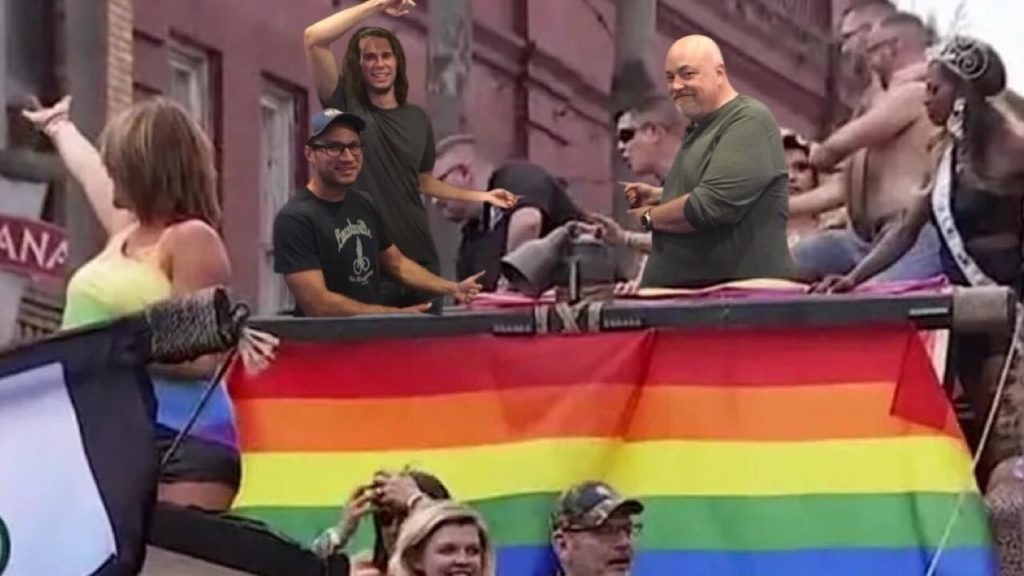 With the 7th annual Tampa Pride Diversity Parade slated to begin today at 4p.m. in Ybor City, it’s entirely possible, maybe even likely, that some floats may be lacking celebrities and/or media personalities to ride on them.

“A float with somebody famous on it is automatically a better float than one with a bunch of nobodies,” said noted parade float expert Cre PePaper, who writes a monthly column about the topic in Parade (not the one that comes in the Sunday paper) Magazine. “Unless the nobodies are hot and the celebrity is ugly, of course. Which with this particular parade, is a strong possibility.”

Tampa News Force has a pretty solid record of providing extra oomph by enthusiastically supporting the local LGBTQ community (aka hammering people like Ron DeSantis for making and enforcing homophobic, bigoted public policies any chance we get) and is comprised almost entirely of celebrity media personalities who are all available to ride on parade floats, even today’s with this lack of advance notice. We are firmly committed allies and we all live nearby. Plus, some of us have played sports, which means we’re probably pretty good at throwing beads or whatnot.

John Jacobs was on television and had a top ten show on Netflix.

Josh Santos is an award-winning filmmaker.

I am around, doing stuff (but not today).

All three of us are stand-up comedians, have produced some much-beloved short films that have been selected for inclusion in festivals and we’re all generally affable and pleasant to be around. And all three of us want nothing more in life than to be on a float during a parade. If anybody wants to look at our butts, that’s completely fine. We don’t mind at all.

So hire one of us, mostly me, to do that. I’ll do it for free! I don’t know what the going rate is to hire a celebrity media person to ride a parade float but I’ll undercut whatever the going rate is by 100%. In other words, $0.