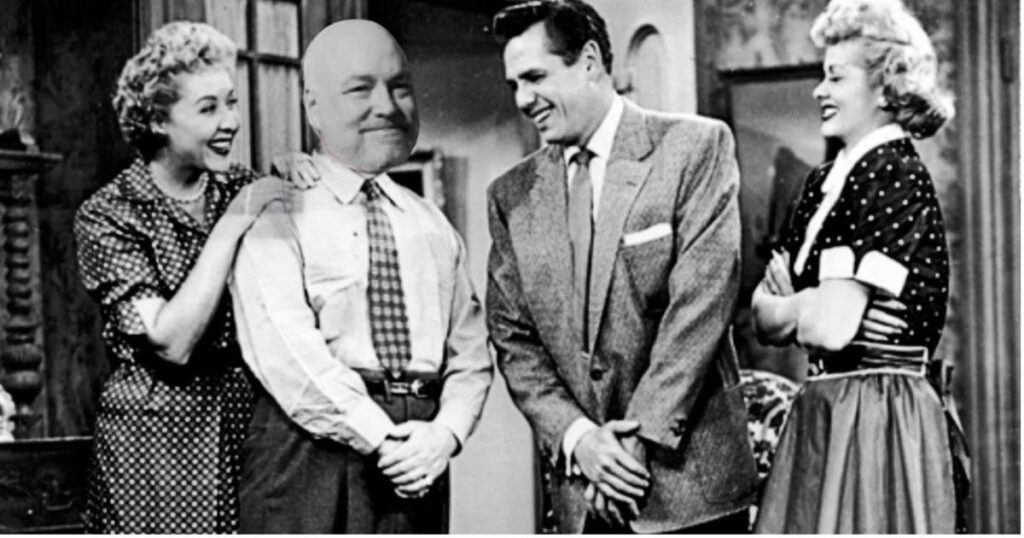 It was announced Friday that Clark Brooks, a writer and Senior Supreme Executive Premium Content Editor for Tampa News Force, will star as Fred Mertz in ‘I Love Fred’, a movie based on the supporting character played by William Frawley from the 1950s sitcom ‘I Love Lucy’, starring Lucille Ball.

The movie will be co-directed by local rock stars Rebekah Pulley and Rob Pastore and will also feature Julianne Moore as Lucy Ricardo, John Leguizamo as Ricky Ricardo and Sigourney Weaver as Fred’s wife, Ethel. Little else about the project has been made public.

“It’s a retelling of the classic story we all know and love, but told from a different character’s perspective,” said Pulley. “A viewpoint no one has ever considered, or even asked for, frankly.”

“Instead of being charmed and amused by the wacky, desperate, attention-seeking hijinks of the Lucy character, Fred is befuddled and annoyed,” offered Pastore. “We needed an actor who embodies those two traits and that’s why we cast Clark.”

“It doesn’t hurt that he’s doughy and has an enormous bald head, just like William Frawley,” added Pulley.

This development is significant to the Tampa Bay filmmaking scene, as it follows the recent announcement that Tampa actor Daniel Roebuck has been cast to play Grandpa Munster in the upcoming Munsters film from Rob Zombie, as detailed in this Tampa Bay Times article by Paul Guzzo, which served as the inspiration for the premise of this article, which is entirely fake.

“Wait… fake? So there are no extended love scenes between me and Sigourney Weaver? Well, then I don’t even want to do it now,” said a befuddled and annoyed Brooks, who also is the one writing this article.

“See? He would have been perfect!” responded Pastore.

← Dr. Dre cancels Super Bowl Half Time Show performance because of scheduling conflict with plans to suplex womanRick Scott wants you to know that he is somewhat pro-poor people in certain situations that benefit him →