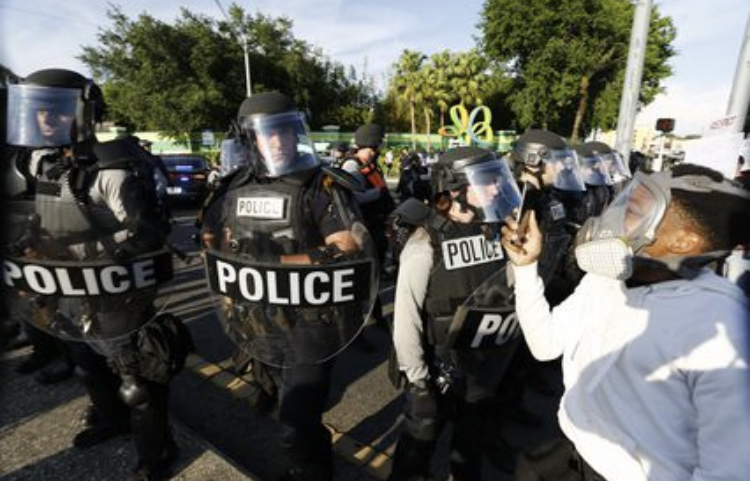 In light of negative public opinion regarding law enforcement agencies tactics used to quell disturbances during public demonstrations, the Tampa Police Department is taking steps to soften their image by re-branding certain elements.

“We’ve learned a lot from these demonstrations over the last few months, and for that we’re grateful. Learning is good!”, says TPD spokesperson Steve Harmswell. “One of the big things we learned is that people simply don’t like the terms ‘tear gas’ and ‘rubber bullets’. That kind of language triggers feelings of anxiety and we don’t want that. We’re here to help.”

Measures like that used to be called ‘non-lethal’ but have recently been re-classified as ‘less than lethal’. “That’s good because it’s more accurate. Because let’s face it, you shoot enough poison and heavy projectiles at people’s heads, you’re going to have some fatalities. Turns out the human head is kinda fragile”, says Harmswell. “But ‘less than lethal’ hasn’t exactly calmed a lot of nerves, which is why we’re coining the phrase ‘lethal lite’.”

From now on, all TPD personnel will refer to tear gas as ‘dry eye repellant’. Harmswell says, “If left untreated, severe dry eyes may lead to inflammation, abrasion of the corneal surface, corneal ulcer and other vision problems. Dry eyes can make it difficult to perform everyday activities, such as reading citations issued for unlawful assembly, disturbing the peace and resisting arrest. We’re here to help.”

Projectiles like rubber bullets will now be referred to as ‘Ouchy McBoing-Boings’. “I’m guessing it’s going to be harder for some rioter to get undeserved sympathy from the media for having his eye socket shattered after being shot in the face with something that sounds like a character on an animated TV show”, says Harmswell.

When asked about things not related to hardware, specifically tactics such as detaining demonstrators and hauling them off in unmarked vehicles, with incidents reported of exactly that happening in Portland, Oregon, and New York City, Harmswell said, “You mean the complimentary ride-along in our ‘Zoomie Go Bye-Byemobiles’ program? No, we don’t have anything like that. We’re here to help.”