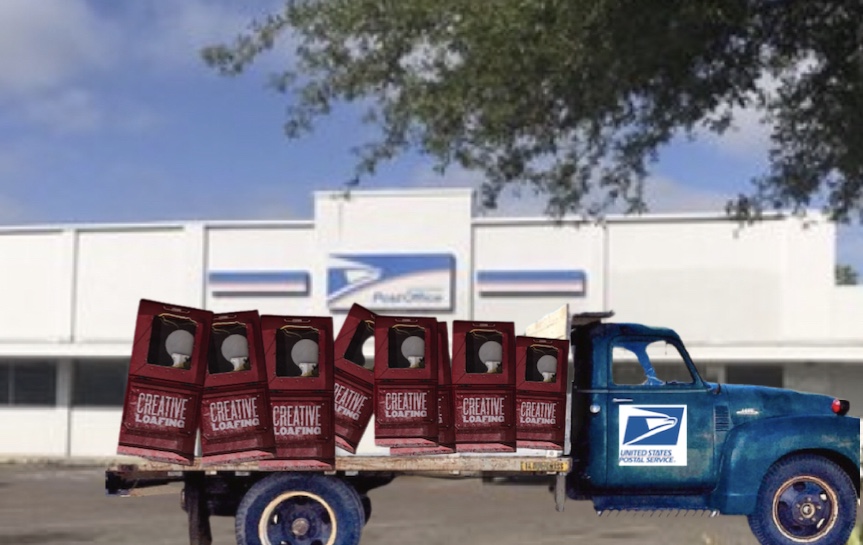 Following accusations that the United States Postal Service has been removing letter collection boxes in an effort to inhibit people’s ability to vote by mail, they have announced that they will be replacing them with Creative Loafing vending racks.

“Listen, the mailboxes we picked up are gone. That happened. They’re not coming back,” says USPS spokesperson Paula Stamper. “But this is a good solution that benefits everyone so let’s just move on!”

She went on to explain, “Some people are worried about voter suppression. Well, as you may know, Creative Loafing is currently collecting votes to determine the 2020 Best of the Bay Award winners. We feel this will actually increase voter participation in that it will not only provide more distribution points for the paper itself, but also more collection points for people to submit their ballots! Pick up a paper, leave a ballot. Simple! And sure, maybe those aren’t votes that will be tabulated in any of the upcoming federal, state or local elections, but maybe they will! Nobody knows how the process works. Also, don’t the folks you want appointed to positions of governmental leadership also deserve a Best of the Bay as well? I would like to think so!”

When she was informed that Best of the Bay votes are collected exclusively via the internet, she replied. “Oh.” She then shrugged her shoulders and said, “I haven’t picked up a copy to read since they eliminated the personal ads.”