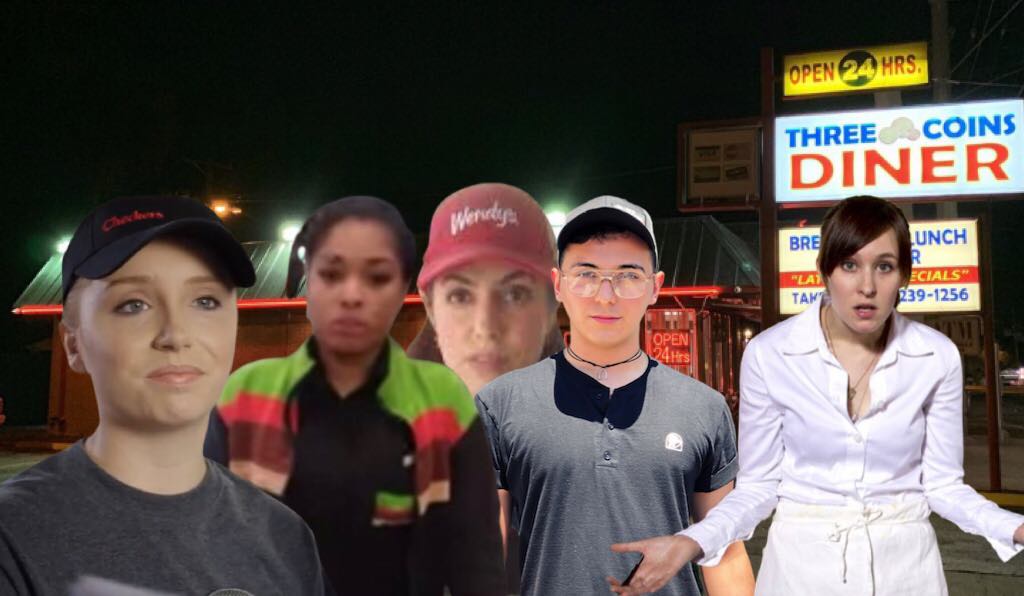 In an effort to aggressively demonstrate their disdain for people who want to get something to eat late at night, Tampa restaurants have formed a coalition to make that experience extremely difficult. Diners attempting to get a quick bite at Checkers, Burger King, Wendy’s or Taco Bell, all restaurants that advertise that they’re open until midnight or later, will find it extremely frustrating if not totally impossible to do so after 9pm.

“Think about it; if we actually served people right up until the posted closing time, that would mean we couldn’t start cleaning the grills and fryers and stuff until then, making it impossible to turn off the lights and walk out one minute later”, said Bethany Talbot of the Burger King just a couple blocks east at 2506 W. Dr. Martin Luther King Jr. Blvd. “Put yourself in our shoes.”

“I told someone the other night that we were out of everything except baked potatoes. Who wants to eat a baked potato in the middle of the night? Turns out this freak did!”, said Talonda Gonzalez, a crew member at Wendy’s on the corner of Himes and Hillsborough. “So I told him we couldn’t take anything but cash and he said, ‘that’s okay, that’s all I have’. What a freak! Then I told him we were only accepting rolled coins and he finally gave up and drove off.” Her quick thinking earned her Employee of the Month honors from the corporate office.

Not to be outdone by fast food franchises, at least one server at the Three Coins Diner at 7410 N. Nebraska has joined the coalition. “We’re a real restaurant with table service and we don’t have a drive-thru window, so I can’t blame a system when I don’t want to wait on someone in between cigarette breaks”, said that one server with the dirty blonde hair who is frequently drunk when you go in there. “When I don’t want to wait on a customer, I just… don’t. I ignore them while they sit there, not even speaking to them or acknowledging them in any way whatsoever, until eventually their patience runs out and they leave. I like to say something like “oh, I was just getting to them!” for the benefit of the other servers who are actually doing their jobs and other patrons eating there, so they don’t think I’m just a useless, drunk bag of shit.”

All the participants are in agreement on one fundamental philosophy: if the customer doesn’t like it, they can go somewhere else… unless there isn’t somewhere else.