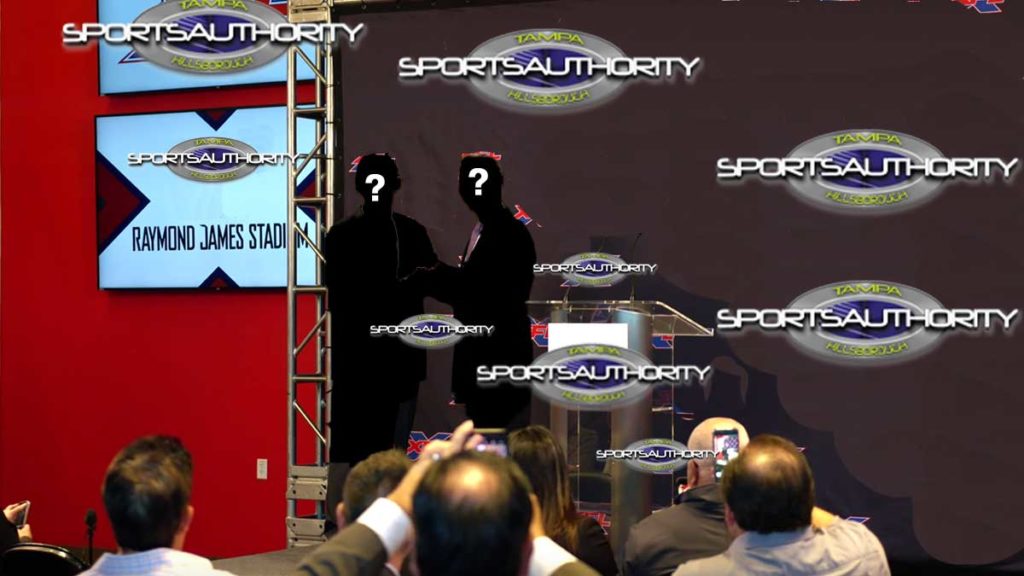 The Tampa Sports Authority, an independent special district responsible for the management of Raymond James Stadium, three city golf courses and the Tournament Sportsplex of Tampa Bay as well as serving as the landlord for George Steinbrenner Field and Amalie Arena, has announced the introduction of a new mascot, tasked with the purpose of motivating local sports teams: Champanzee.

“Let’s be honest. As much as we love our teams, and we do, at this point it seems like they could all use a little boost to get to that next level and bring those championship trophies home,” says TSA mascot coordinator Annette Vandertennis. “That’s where Champanzee comes in!”

Champanzee, or Champ for short, is a seven-year-old, 4’8”, 186 lb., adult male chimpanzee who was recently rescued from a Mexican petting zoo/underground animal fight club after a series of unfortunate incidents involving tourists losing noses and limbs after attempting to pet him. Vandertennis says, “in addition to winning, he loves bananas and smiles!” She quickly adds, “but don’t make direct eye contact because he interprets that as a challenge to his dominance, and you DO NOT want that.” As an illustration, she holds up her left hand, which is missing two fingers.

Champanzee has already gotten a tryout as a motivational figure and the results are promising. “We brought him out to a West Tampa Little League game and he sat with one of the players’ moms and he had the game of his life!” Says Vandertennis. 10-year-old Jimmy Huggins of the West Tampa Dodgers says, “I struck out 11 batters in four innings!” Every time Jimmy fell behind in the count, handlers would allow Champanzee to move a little closer to his mom, which would cause him to scream, “Don’t hurt my mom!” and then deliver an unhittable fastball low and inside for a strike. Also, he pee’d his pants twice. “I never want to play baseball ever again,” Jimmy says, shuddering.

Tampa mayor Jane Castor says, “I think Champanzee is a terrific addition to the Tampa sports scene. After watching the Lightning have to go to overtime Wednesday night to beat the lousy New Jersey Devils, one of the worst teams in the NHL, I’m tempted to drag that dirty monkey down to Amalie Arena myself and have him chase Stamkos and Kucherov around for a while. Let’s get a winning streak going!”

Upon hearing the mayor call him a monkey, Champanzee became extremely agitated and started shaking his cramped cage. Ms. Vandertennis muttered “oh sweet Jesus” and nervously handed him a lit cigarette which seemed to calm the easily enraged great ape who is definitely not a monkey.

Champanzee is available to all organized sports teams at any level of proficiency in Tampa and interested parties should contact the Tampa Sports Authority to schedule appearances. Myrna Squires of Hyde Park has arranged for Champanzee to visit her co-ed kickball team next Wednesday night. “Frankly, there are a couple of guys on my team who deserve to have their balls ripped off,” she says. “If that doesn’t motivate them, I don’t know what will.”