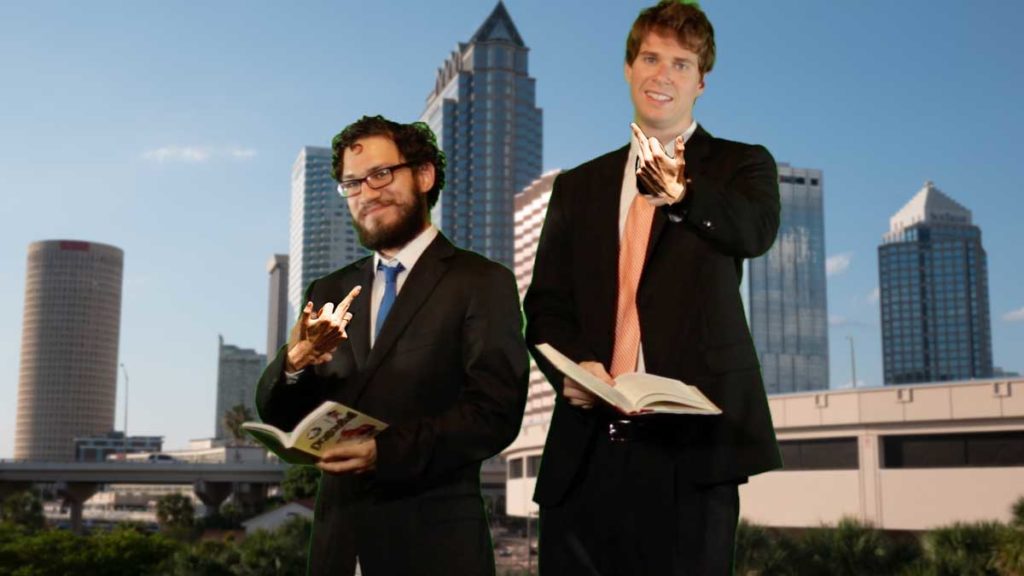 As an all new part of the “fuck the readers” program, Tampa News Force will now be openly combating haters in the comments section of the website. Due to the impending doom of the company itself, Tampa News Force will no longer be putting any effort into it’s posts, and in fact will be outwardly attacking all readers through a series of offensive sentences such as, “Donald Trump is a Muslim,” or, “Louis CK is cool.”

Really whatever we can think of in the moment, because we’ve taken our stance and made it clear, that we are completely falling apart. It’s all over folks, we’re flying the ship right into the ground. We’re going to say and do everything we can, as efficiently as we can, to drive away our readership and fanbase.

“I can’t believe it’s come to this.” Reads a Tampa News Force memo circulating around the headquarters’ office.

“We tried our best, but we’re going to be selling off the company one piece at a time, stripping it down like an old car for parts.”

You can see tears fill the eyes of employees, lining the hallway, all reading the memo together.

“You see, it started out as something great, but it didn’t matter. It continued to be great and evolve, but nothing came of the artistic success. What’s been enjoyed by mayoral candidates and news critics alike, was not considered valuable enough to continue existing.”

Employees are seen fainting. The fire alarm goes off.

“That’s why you have about 15 minutes to evacuate the former Tampa News Force premises. The new owners of the building are coming in and they’re going to be leveling everything. The city would prefer that no evidence of this businesses existence ever exists.”

See ya later everybody! Tampa News Force is done!