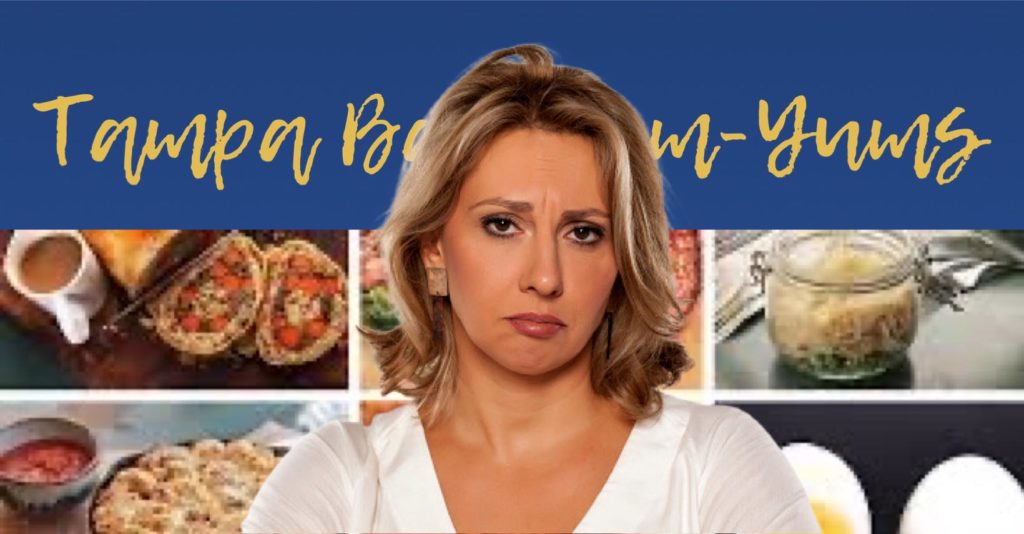 Angie Quartle of Tampa was kicked out of the Tampa Bay Yum-Yums recipe group on Facebook yesterday due to her unpopular opinion on the recent Russian invasion of Ukraine.

“I still don’t understand exactly what happened,” she said. “I don’t think I violated any rules. And if I did, they could have just warned me. This seems drastic and unnecessary.”

The group’s description reads, “Just a fun, casual on-line hangout for Tampa Bay Foodies of all kinds to get together and share tips and tasty treats! All are welcome but no SPAM… unless it’s the kind you eat! LOL”

She visited the group yesterday morning and posted, “Hi everyone! Does anybody have a quick and easy recipe for bruschetta? I’ve never made it before and I think it would be fun to serve at a gathering at my home later tonight. Thanks in advance!” Within seconds she received a reply. “Hi Angie. I couldn’t help but notice that neither your profile nor cover photo contain any blue and yellow or anything else supporting Ukraine. I guess you support Putin and the Russians. Sad.”

She replied, “Oh no, that’s not the case at all. I don’t really know much about that it but it seems terrible. Do I need a brustolina grill?”

Another member chimed in, “What exactly do you need to know about it to condemn the invasion of a peaceful nation and the senseless murder of innocent people? Is that difficult for you???”

“Gosh, I’m sorry. I just don’t really keep up with global politics. I certainly hate that innocent people are being hurt. I’ll look into it, but for now I can’t decide between pesto ricotta or garlicky white beans to make my crostini spread. Any ideas?” she answered.

“Yeah Angie. Do please ‘look into it’ when you can take time out of your oh-so-busy schedule. Meanwhile the rest of the whole entire world is making a stand against this unprovoked act of aggression, you entitled piece of shit,” added another member of the group.

She tried to respond to that, to claim she wasn’t an entitled piece of shit, merely someone who prefers not to offer opinions on complex situations without more than cursory awareness of them, especially on a forum where such discussion would seem inappropriate and also to ask how long to let the tomatoes, basil, vinegar, salt, red pepper flakes, garlic and oil marinate while toasting the bread but was unable to do so because she had been removed and blocked from the group. She also received a warning from Facebook for using hate speech.