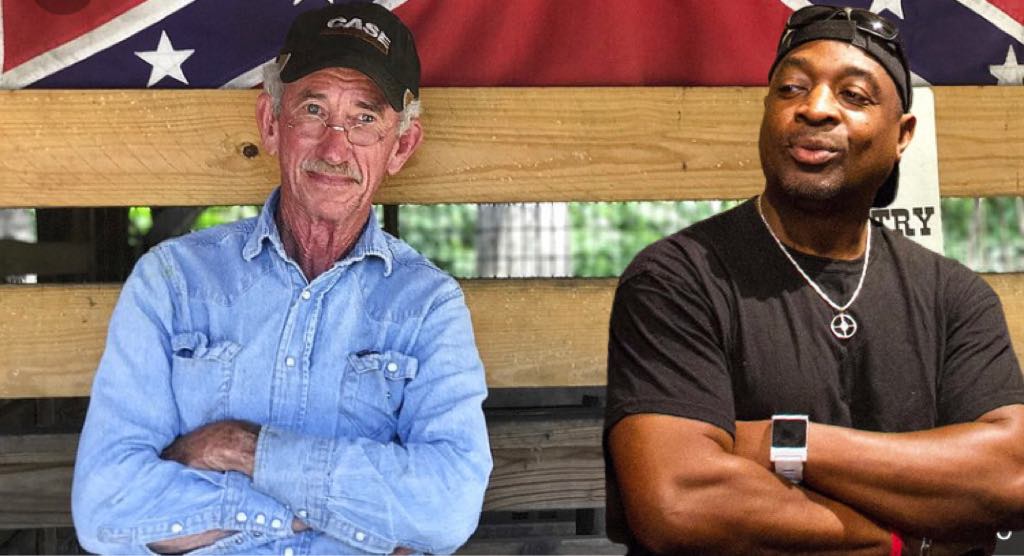 Marion Lambert, the man responsible for flying the gigantic Confederate flag just south of the junction of the I-4 and I-75 interstates, died last week after an accident occurred on his farm.

Lambert owned the property where the 139-foot high flagpole that flew the 30′ by 50′ battle flag, the second largest of its kind in the world, was situated. The area, known as “Confederate Memorial Park”, has now been bequeathed to rapper, author, producer and co-founder of the rap group Public Enemy, Chuck D, per the terms of Lambert’s will.

“Yeah, not a lot of people knew about it but Marion and I were friends. Probably nobody knew about it”, said Chuck D. “Just like probably nobody knew that he was actually a huge Public Enemy fan. He especially loved, ‘It Takes a Nation of Millions to Hold Us Back‘ and ‘Black Steel in the Hour of Chaos’ in particular, although his interpretation of that material’s message is not something we were trying to convey.”

“I forget where and when we met, and while we didn’t have a lot in common and certainly didn’t see eye-to-eye on a lot of important issues, we hit it off and became friends.”

In an interview from 2017, Lambert was quoted saying, “Am I sorry I put up the flag where I put it up? Not at all. I enjoyed waking up the mind of the public.”

“That’s definitely something we had in common so maybe that’s why we got along so well”, said Chuck D.

David McCallister, head of the chapter that oversees the memorial, along with other members of his organization are concerned about what will happen going forward. “I guess you could say we’re experiencing fear of a great big black flag, That’s a joke”, he said chuckling unconvincingly. “I just hope Mr. D takes into consideration that it’s about history and heritage and that we’re celebrating a specific, highly exclusive, narrowly-focused aspect of heritage that has represented and informed a broader scope of American history and I just talked myself out of a job, didn’t I? Shit.”

Chuck D said he has yet to determine exactly how the land will be used going forward. “All I can tell you at this point is that there will be some major changes.”