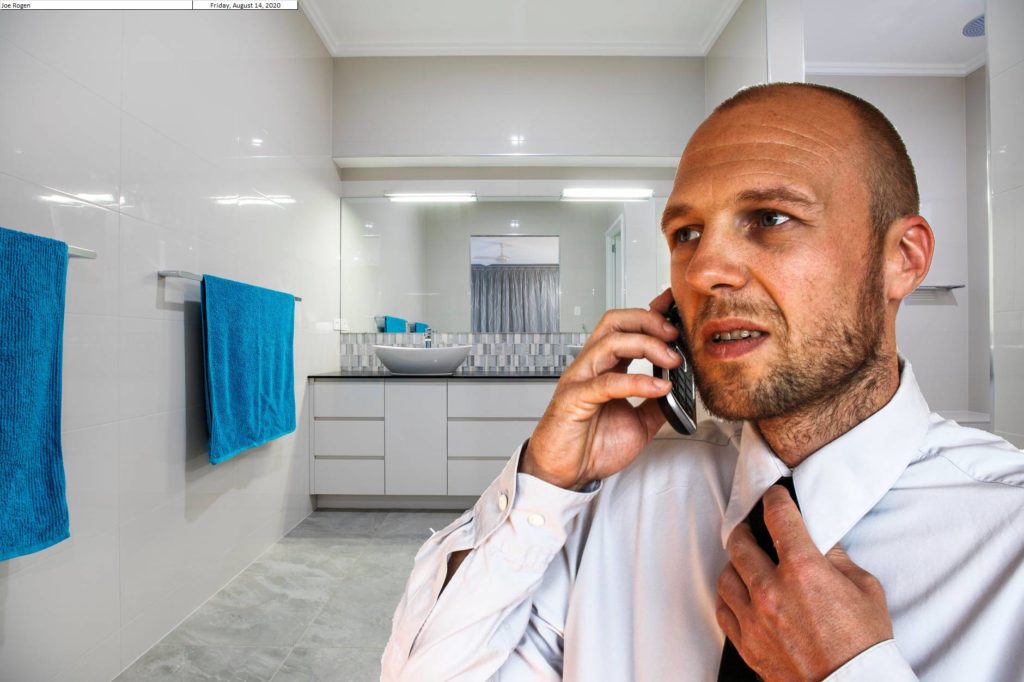 A man in Clearwater has been trapped in a public restroom for three days because he doesn’t know what to do to get out of it.

Cliff Gyurdle, an insurance salesman, has been stuck in the men’s room at Bascom’s Chop House since excusing himself during a lunch meeting with a client last Friday afternoon, basically because he doesn’t understand which appliances in there are automated and which are hand-operated.

“I’m paralyzed with indecision!”, the anguished and hungry man said. “Do I hand-flush the toilet or just get out of the way of some invisible laser beam? Do I pull down my own toilet paper or does it feed out from the dispenser on its own if I wave my hand at it? What about the hand soap? Or the water from the sink? The paper towels! Digital or analog? Auuugh!!! None of these facilities are ever consistent!”

Rather than trying each implement to see how it responds, Gyurdle has just been standing in the middle of the restroom, staring at the fixtures. “That’s not all I’ve been doing,” he says. “I called my daughter and asked her to help me. She’s an honor roll student. But all she did was laugh and put the phone call on something called Tik-Tok.”

He went on to say, “Maybe if I just spin around in a circle real fast with my arms outstretched or do some kind of interpretive dance moves, some of the machines will come on and I’ll know what’s what. I honestly don’t know what to do at this point, but man, are my kidneys aching.”

Gyurdle is not the only person distressed at this point; Sandra Pfefferton, the client he had taken to lunch to discuss actuary tables, is waiting for him to come back to their table. “If that son of a bitch thinks he’s sticking me with the tab, he’d better think again,” she says. “I’ve been to Bonaroo; I’ve waited longer than three days for somebody to come out of the bathroom.”