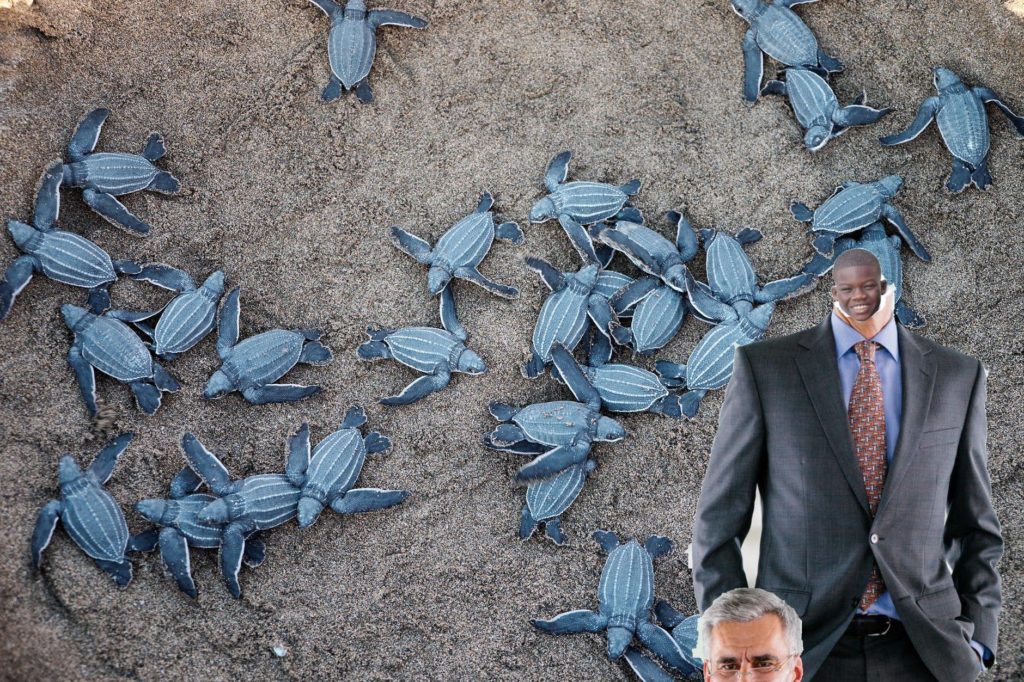 “It appears that thin plastic tubes have been a large factor in controlling the turtle population all these years. We never would have thought such a butterfly effect could occur due to the removal of straws. There are less codfish and jellyfish because the turtles are eating them, which has affected the entire ecosystem, and now turtles are the dominant species in the Florida facing oceans,” Nash said.

“Shark attacks have been down 15%, while turtle attacks are up 120%. We didn’t even know that turtles had such violent tendencies, but it appears now that they have the power in numbers, they’ve developed a bully-like attitude towards other walks of life.” Nash continued.

“As it turns out, everything happens for a reason, and we shouldn’t question the way the world works.” Nash said, however as he got up to walk away from the interview I noticed a seam in the back of his shirt by his neck.

“Wait there’s something wrong with your shirt.” I said, standing up and touching the seam.

When I touched the seam, Nash’s head fell off, and it turned out it was a group of children sitting on each others’ shoulders to masquerade as an adult.

As they all scattered out of the room frantically, they dropped a pamphlet on the ground. It was for the REPSS, the Reintegration of Plastic Straws Society.

“Of course.” I said. “This isn’t actually real science, turtles aren’t overpopulated, there is no University of Westshore College, this is just made up so Big Straw can muscle it’s way back in to our economy.”

So there is no overpopulation of turtles, and plastic straws are still bad. However, REPSS Venmo’d me $90 to keep the headline this way, so I let it remain inaccurate for the sake of personal gain. It’s the only way I can make money in this journalism job, I’m sorry.