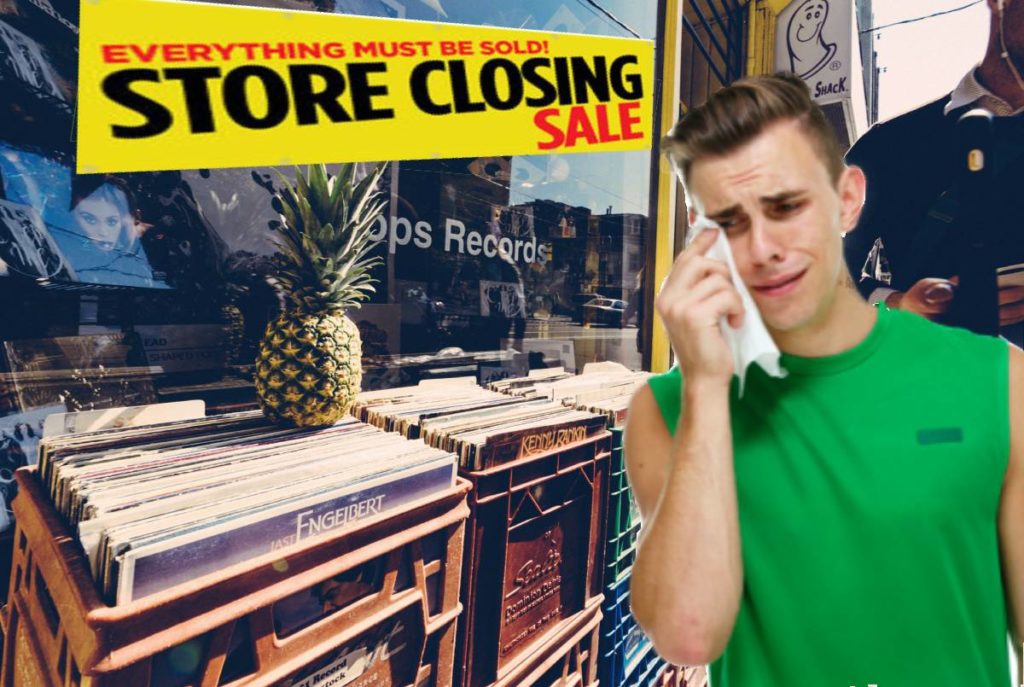 In response to a recent announcement that the local book and record store “Poplar Music & Books” will be closing at the end of April, thousands of would-be shoppers are expected to avoid a rally to support the failing retailer.

“It’s ridiculous and I’m outraged”, said April Mmonverse. “All the huge corporations are forcing small, independent companies out of business,” she said while taking a break from ordering a latte her phone’s Starbucks app. When asked if she was a patron of the small shop that’s probably located just off Nebraska and Columbus Avenue in Tampa or near Central Avenue in St. Pete or whatever, or if she planned on attending the rally, she said “no, but if they have cute t-shirts, I’ll totally buy one. I’m all about supporting local,” gesturing toward the tailgate of her Nissan SUV covered in stickers from bands she’s never seen perform.

“We don’t have cute t-shirts,” says Poplar Music & Books store owner Mort Kostko. “What we have is books. And records. Lots of ‘em. Some really rare and interesting stuff too. If people would come, I’m sure they’d find plenty of interesting items to enjoy.”

Kostko says he’s flattered that there will be a rally, which he learned about via a Facebook invite minutes after making his announcement about closing. “Pretty cool that over 3,500 people have said they’re ‘Going’ or ‘Interested’ but you know there’s usually a dropoff with those things,” he said. “For obvious reasons, I’m not in a position to do free food or beer so my hopes aren’t that high. Honestly, I just wish 10% of that number would just come and, you know, shop.”